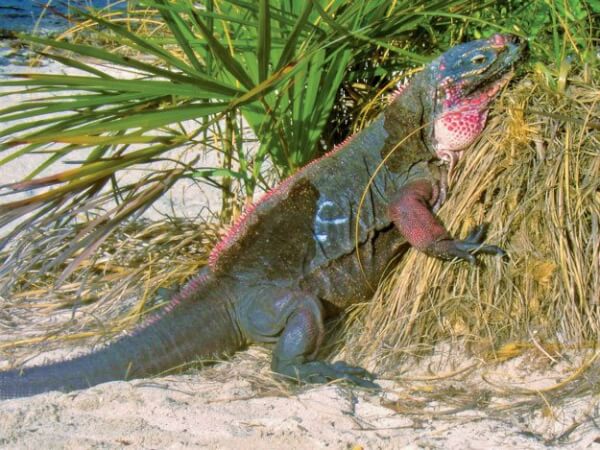 Last issue we talked about the Exumas Land and Sea Park, so this issue we are going to talk about the islands on either side of the park. Allen’s Cay is the first major island you come to in the Exumas and the thing to do on this island is watch the iguanas. Just watch yourself because these guys are not shy at all.

A couple islands down from Allen is Norman’s Cay.  In the late 70’s and early 80’s this island was taken over by a drug lord and it was bad news for cruisers to get anywhere close.  Now you can view the impressive compound he built, including a runway.

We are now going to skip over the Exumas Land and Sea Park and visit Compass Cay.  The small marina here is known for their “pet” nurse sharks, which will swim onto the docks and let you pet them at high tide. You also might enjoy one of the best sunset watching locations in the Exumas. Plus, Compass Cay is also a great jump off spot to check out Pipe Creek Alley, which is a 3-4 mile long network of small islands, shallow banks, and deeper cuts. The water colors here are spectacular and there is even an artwork camp made with trash washed up on the beach. 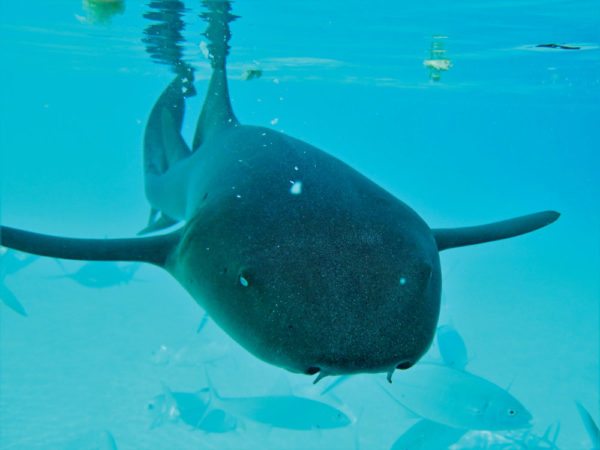 Our last stop is going to Staniel Cay home of the Staniel Cay Yacht Club, which is a great place to grab a bite to eat and pick up dock space, fuel, and water if needed.  You can even buy a few provisions from one of two stores called The Blue Store or The Pink Store.  I sure hope they don’t repaint or everyone will be really confused.

In the middle of the anchorage you will find Thunderball Grotto hidden inside a giant rock.  This is one of the most famous caves in the Bahamas and it is fun to hang out inside and check out the various entrances you can swim into. A James Bond movie of the same name was filmed here and Mr Bond escaped from inside the grotto through one of the holes in the ceiling with the help of a helicopter.  I did not have a helicopter, so I had to do it in the reverse direction and it is quite the rush falling through the hole 20 feet to the water below. 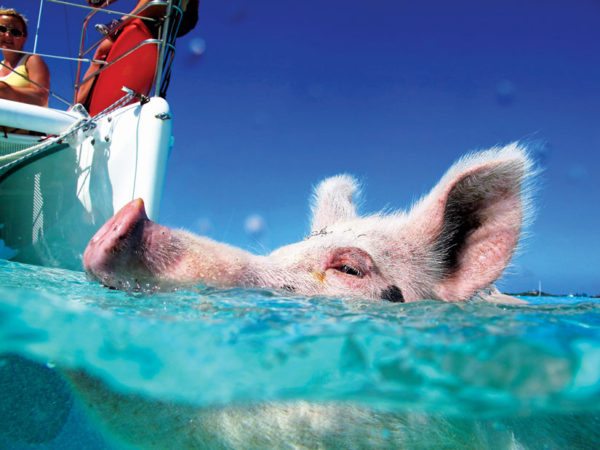 Around the corner, you will find something that no one will believe when you tell them… swimming pigs.  These guys swim out from the beach looking for handouts and carrots are their favorite. Sadly, I just heard, a few months ago, that half the pigs were found dead. As of now an investigation is under way and you will want to follow up on the results.

Next issue we will finish up the tour of the Exumas by checking out the lower islands. Starting with the Black Point settlement and finishing with the cruising boat mecca of Georgetown.