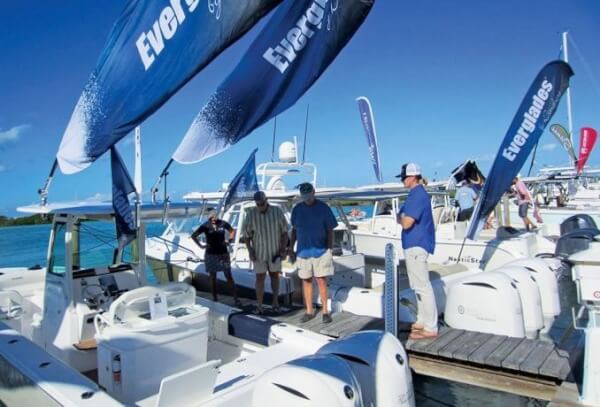 You don’t have to be a major metropolitan area to host a boat show. The rural Florida Keys know a little something about boating and fishing, and the second annual Island Boat Show etched another notch toward becoming a yearly tradition. Organized and staffed by volunteers affiliated with Island Christian School (ICS) in Islamorada, the boat show Jan. 21-23 was hosted at Hawks Cay Resort and Marina in the Middle Keys.

Organizers invited guests to come enjoy test rides aboard major boat brands without the hassle of crowds. Fishing seminars, raffles, water sport companies and related vendors all combined for a show that benefited a private school by providing salary increases for teachers and other needs. “Our private school teachers make a fraction of the public school teachers,” said Glenn Latham, an Islamorada-based volunteer and ICS supporter.

Larry Luna, who has moved to Texas, and Capt. Rich Tudor of Islamorada and the Saltwater Experience created the Island Boat Show in 2016. It raised $39,000 for the school primarily from slip fees and entry fee donations, which compared to larger boat shows, are reasonable and considered good deals. The weather wasn’t great at the 2016 event but it didn’t hamper the enthusiasm.

ICS, for 30 years, held an annual Christmas Fest and when Tudor’s boys, now aged 13 and 10, began attending the school, he got involved. The person who organized the Christmas Fest retired and Luna and Tudor thought about a regatta / boat show idea instead. 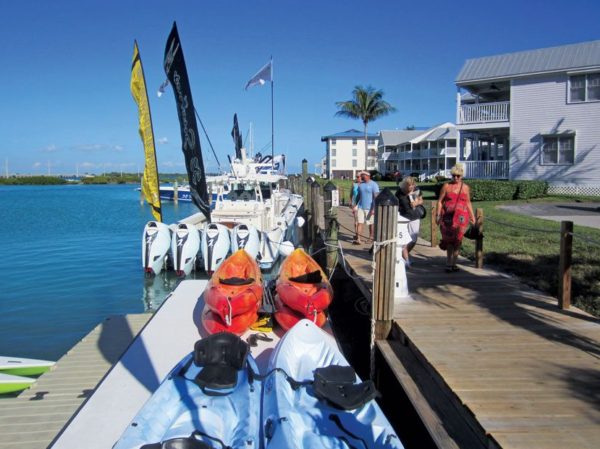 “Miami [boat show] is so hectic,” said Tudor. “Traffic is a nightmare, and for attendees to test-ride boats takes time and effort; the vendors have to bring boats in a week ahead of time.”

Tudor said the Island Boat Show quadrupled in size in one year’s time. In its first year, the event featured about 50 boats from a dozen vendors. In 2017, 40 major boat brands are bringing an average of three boats each, from 16-foot skiffs to 53-foot oceangoing vessels, said Latham, and the majority are in the water.

Tudor said boat manufacturers are happy with the show, acknowledging crowds are smaller but more people are boat buyers, so the age-old quality not quantity mantra applied. “Hawks Cay is a beautiful resort and it gives locals and South Florida residents the opportunity for a stay-cation with discounted room prices,” he said as an extra attraction.

Free seminars expanded in 2017 as well. Located inside a ballroom near the exhibit area, they accommodated more listeners and featured experts in topics such as redfish and snook;  spearfishing and freediving; reef fishing; bonefish, permit and tarpon; Everglades fishing; fly fishing; fishing the Bay, dolphin fishing; backcountry secrets and bridge fishing.

One of the speakers, Capt. Richard Black of Islamorada, shared his preparation routine in a blog: “Part of my daily routine is looking at weather forecasts, and not just one, but several forecast sites, comparing notes from each and developing a personal forecast with the best available atmospheric science. This addiction to weather helps me predict fishing patterns and narrow my fishing options…” 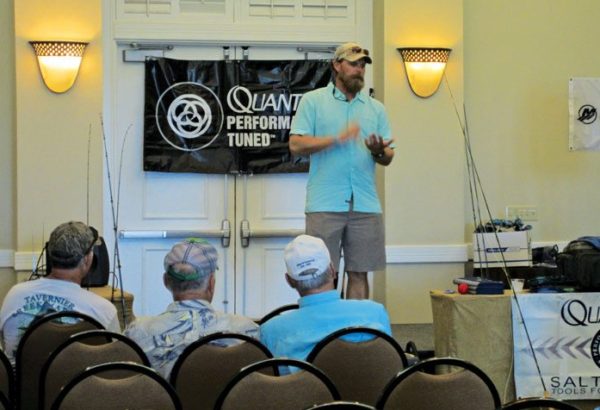 Because the reception for the Island Boat show has been so positive, Tudor suggests interested participants sign up to participate in 2018 now via the website www.islandboatshow.com.

Volunteers are grateful to the show’s title sponsor, Seven Marine, which enabled advertising and promotion in local media as well as through banner ads placed at businesses along the Florida Keys Overseas Highway.