My grandparents have had a house in Pompano Beach, about 10 miles north of Ft. Lauderdale, since the 1950s. It’s remained largely (read ‘entirely’) unchanged since then, and I’ve been visiting that house since I was a little kid.

Several years ago I returned as an adult (as much as that word can apply to a 20-something living in his grandparents’ guest room), enrolled in the RYA Yachtmaster course at Maritime Professional Training, and worked evenings as a water taxi driver on the New River in downtown Ft. Lauderdale.

Back then, there were two companies running taxis on the river and up and down the ICW. The official Water Taxi was the bigger operation, with bigger boats, more drivers and more ground to cover. I was with the smaller operation, the River Taxi. Our boats were blue.

For my part, it was about as mellow a job as you could get as a captain (I called myself a driver, but officially the boats were USCG certified to carry over 20 people, and so technically required a master mariner-credentialed operator). I disdained having to repeat the sights to the tourists as we passed famous people’s houses heading into the city.

“There’s Wayne Huizenga’s house on the left,” I’d say. People ooed and ahhed. “And over there is where Farrah Fawcett used to live. On the left – see that big white house over there – that’s where they filmed a scene of ‘Scarface.’”

We had a microphone onboard, but I refused to use it. My voice carried, and I tried to engage my passengers on a more personal basis. I usually made good tips.

My favorite story happened one slow afternoon. If we didn’t have passengers, we were supposed to hang at each stop for a few minutes before continuing on our route, making sure to communicate with each other so that both boats were at opposite ends of the route.

I was stopped somewhere along the Riverwalk downtown and spotted a very big, very orange iguana in the water, gripping a piling under the dock and barely hanging on in the outgoing current. I’m an animal lover (a trait I inherited from my mom, who keeps a pet goat behind the house in Pennsylvania), so felt I had to do something to help him.

I couldn’t quite reach him from the boat (and during my attempts, managed to lose both my sunglasses and my cell phone), so made up a little sling from one of the docklines, looped it around his forearms and pulled him aboard. Iguanas are cold-blooded and need the warmth of the sun to keep them going. This guy was almost comatose after his swim. I set him up on the concrete wall by the Riverwalk, patted myself on the back and was on my way in the taxi.

An hour or so later, I returned, this time with a group of jovial older women onboard. My iguana was back in the drink. I pointed him out to the ladies in the boat, and asked if they’d mind if we helped him. They didn’t. So I scooped him out and brought him onboard the boat. We set off toward a park where I hoped the public wouldn’t mess with him.

I think my human passengers were a little frightened by him – he was about four feet long from head to tail, and decidedly prehistoric-looking – but they seemed amused by my rescue mission. We dropped him off after he’d warmed up enough to give me a good swat with his tail when I tried to pick him up. I think he managed okay.

And I got a big tip that night.

Andy Schell is the former editor for All At Sea Southeast. Follow him online at andyandmia.net. 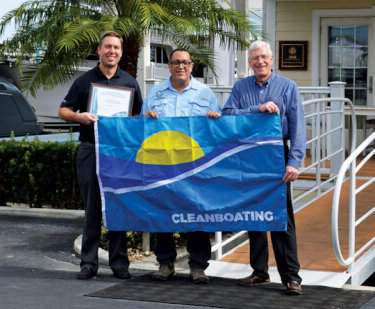 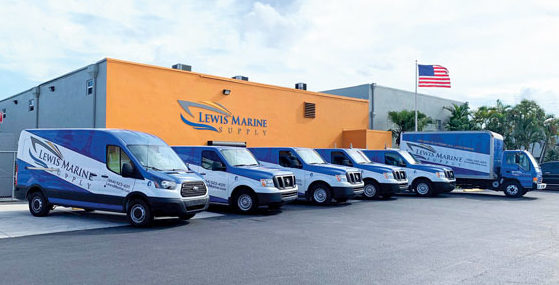