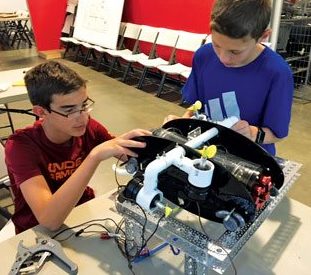 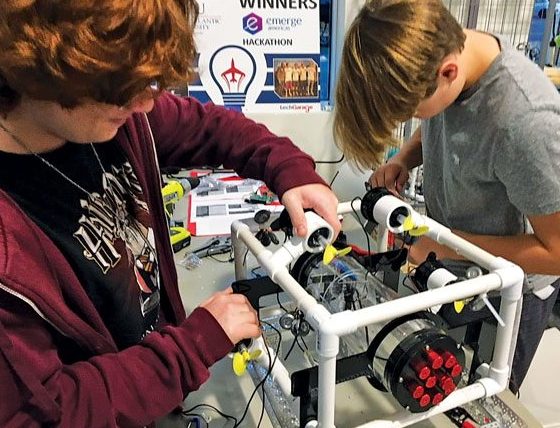 Helping to solve tomorrow’s marine problems today is what a group of students from TechGarage are doing this month at the 2018 MATE Florida Regional ROV Competition at Florida Atlantic University High School in Boca Raton. This is one of 31 competitions held across the U.S. and world that lead to an international event in which students design and build remotely operated vehicles or ROVs to tackle missions likely found in the ocean workplace. This year, the challenges center on supporting underwater archaeology, seismology and renewable energy activities likely to be encountered in the U.S. Pacific Northwest.

The road that led to TechGarage started back in the 2011-2012 school year when the Eagles Robotics Xperience team was formed to compete in the FIRST Tech Challenge and FIRST (For Inspiration and Recognition of Science and Technology) Robotics Competition. Twenty talented students in the Atlantic High International Baccalaureate program formed the team’s core. The incredible experience of building robots and competing against students from around the world proved life-changing. Since the biggest obstacle to launching advanced robotics programs in local high schools is the lack of a permanent workspace, Willis and a talented team of 7 adults, including executive director, Karen Kough, created just such a place for students in the Delray Beach and Boca Raton area.

“The specific program in the spring is MATE ROV,” says Willis. 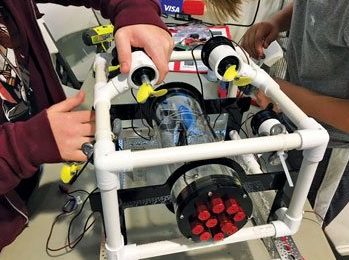 MATE stands for Marine Advanced Technology Education. MATE was established two decades ago with funding from the National Science foundation. The program puts a marine spin on robotics by using the lure of the sea to inspire students to solve specific underwater problems during the competition. This year, there are three challenges. The first is locating the wreckage of a vintage airplane and returning its engine to the surface. Specific tasks student teams do to earn points include using their robots to place a marker buoy at the wreck site, removing debris from the engine using a lift bag and returning the engine to the surface using a lift bag. The other two challenges call for students to install or recover a seismometer and install a tidal turbine and instrumentation to monitor the environment. To understand the thrill of such a competition, watch the 2015-released major motion picture, Spare Parts.

These tests are all real world. In fact, it was the Applied Physics Laboratory at the University of Washington that issued the 2018 competition proposals. The MATE International ROV competition, where the Florida and other global teams will compete next month in June, will be held in the state of Washington.

To prepare, the TechGarage students engaged in building their MATE underwater robots. For example, says Daniel Cohen, “we worked on a robotic arm to complete underwater tasks and obstacles.”

These tasks are definitely something the students enjoy.

“The things I like most about the MATE program is getting to build underwater robots that can only be limited my own design capabilities,” says Sam Breslin.

For Brock Anderson, “I enjoy physically building the base and being able to do close to whatever we want to make the robot and build it with our own ideas.”

“I enjoy exploring and the ocean, so I think that this would be good for revealing more that we don’t know about the oceans and seas,” says Ethan Baker.