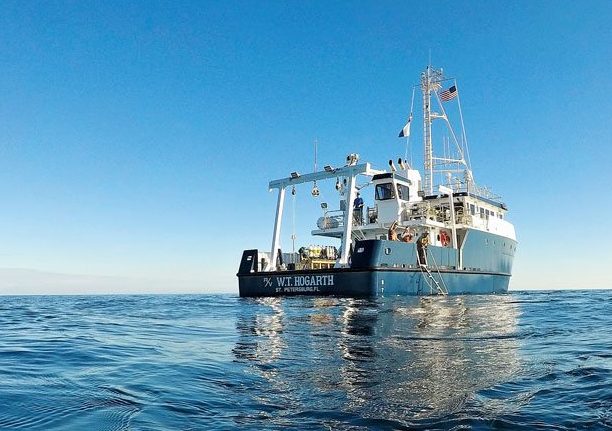 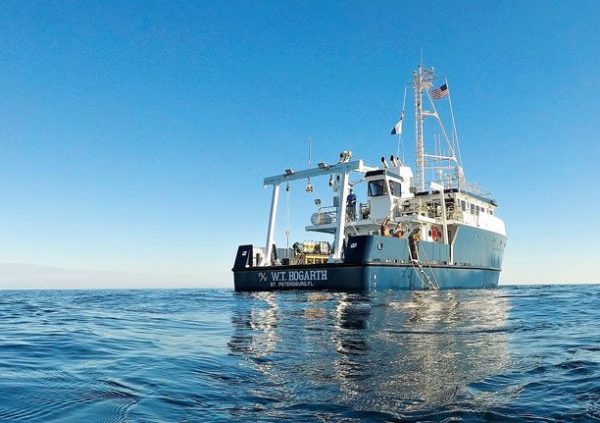 Many marine research projects just received a boost in the form of the R/V W.T. Hogarth, the latest research vessel in a fleet managed by the Florida Institute of Oceanography (FIO). The 78-foot vessel, named after the FIO’s former director, William Hogarth, was launched in May 2017 and introduced to the Southeast Florida public in January when it was docked at the Bahia Mar Marina in Fort Lauderdale for tours.

“The R/V W.T. Hogarth will be supporting a large array of marine research projects, ranging from sediment and coastal water quality studies to detailed seabed mapping (down to 1,500 feet), to assessing red snapper, grouper and shark populations, as well as continuing studies on the impact from the 2010 Deep Water Horizon oil spill on Florida’s marine habitats and wildlife,” says Philip Kramer, Ph.D., FIO director.

The R/V Hogarth, known as ‘Florida’s floating lab’, has room for a crew of four and carries students and researchers to sea. The Hogarth is equipped with berths for 10 scientists, wet and dry labs on board, a Satellite Internet Link, Fisheries Eco-Sounders, Dual Head Swath Bathymetry (for bottom-mapping), and a Dynamic Positioning System. The R/V Hogarth is berthed at the FIO in St. Petersburg, Florida. www.fio.usf.edu/vessels/rv-w-t-hogarth