The Mount Gay Round Barbados Race kicks off this sailing competition, followed by three days of coastal races with starts and finishes in Carlisle Bay. “Barbados Sailing Week is not just a series of round-the-can races, although we do have that. Its main feature is the Round Barbados Race, which follows a counter-clockwise or ‘Northabout’ circumnavigation of the 166-square-mile island. This takes place on January 21 each year, which is a bank holiday in Barbados. The signature feature of this race is that a boat breaking a record for sailing around the island wins the skipper’s weight in rum,” says regatta director, Mike Krimholtz, past commodore of the host Barbados Cruising Club. The races are nearly all visible from shore, making the event spectator friendly. Favored locations for viewing the Round Barbados Race are North Point, the South Coast, Carlisle Bay and the island’s rugged East Coast. Coastal races will be visible from Carlisle Bay. Spectators can access online tracking of the boats to tell which boat is which and how fast each boat is sailing. The other feature that makes Barbados Sailing Week special, Krimholtz says, “is the Bajan hospitality with a series of onshore parties and plenty of Barbadian rum to ensure that everything swings albeit with COVID precautions in place.” A dozen entries expressed interest by the end of November. With other events canceled due to the pandemic, Krimholtz says organizers have received interest from sailors in neighboring islands including Antigua and Martinique. www.roundbarbados.com 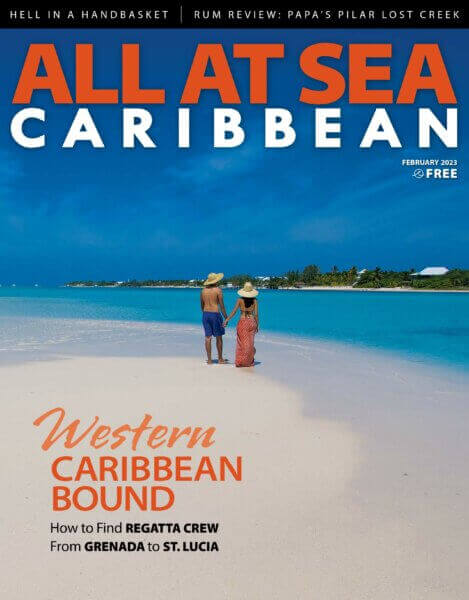