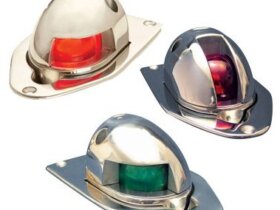 NEW AREA CODE? NOT REALLY –  With Jamaica’s recent clean sweep of all medals in the men’s 200 metres at  “London 2012”, the rumour quickly circulated that the government was changing the country’s area code to “One, Two, Three”!  Not so!  It’s still “Eight, Seven, Six”.  Sometimes down in the Caribbean if you don’t hear a good rumour by 10 o’clock; you just start one!

LA TALK RADIO FEATURES FLYNN DISCUSSION- Jack Marino’s popular LATalkRadio.com featured an hour-long discussion on Errol Flynn’s role in Jamaica with Errol Flynn Marina General Manager Dale Westin.  The show aired Friday Aug. 24 and centered on Flynn’s influence in the 1940’s and 50’s and how he impacts the area even today. Each show is archived and can be heard by searching the website.

POOL BAR REOPENS- Following an extensive week-long fix-up, paint-up and upgrade project, Marybelle’s Pub on the Pier has now reopened.  The pub operates every day from noon until midnight.

‘THE WKNDR’ FEATURES MARINA – The new Jamaican website, www.ivutv.com will be featuring Errol Flynn Marina and Port Antonio during September in its feature of interesting places for Jamaicans to spend their” weekends” (hence the show name “The Wkndr) and holidays right here in our own country. The show includes a marina tour led by General Manager Dale Westin.  Also check out their Facebook page under “The Wkndr”.

DUPPIES OR AN OVERACTIVE IMAGINATION?  As the overseer of the legendary Navy Island, we invariably get queried about the stories of Errol Flynn’s ghost walking the property he once owned. This is where he entertained the likes of Rita Hayworth, Jackie Gleason, Tony Curtis and kept his beloved schooner “Zaca” moored alongside.  As with just about anything related to Flynn, separating the fact from some of his fabrications is at best difficult; if not impossible. If a little embellishment made for a better tale, Flynn went with it.  Such seems to be the case with the stories of his ghosts.    Such are the seemingly endless tales of his ghost showing up in just about every place he once frequented and this includes each of the  four yachts he once owned.  Several of the watering holes that Flynn frequented (there were many of these) are also among the sightings reported.  These include the legendary Roosevelt Hotel in Hollywood when he purportedly appears periodically, along with the likes of Marilyn Monroe and Montgomery Clift.  Clift stayed at the Roosevelt during the filming of “From Here to Eternity”.  Olivia DeHaviland, who co-starred with Errol in some eight notable films, “feels his presence” often at her Hollywood home. DeHaviland is now 96.  In his heyday, Flynn owned Mulholland Farm and designed the place with hidden staircases, two-way mirrors and even peepholes.  Long after Flynn’s passing the place became owned by Rock Star Ricky Nelson.  Numerous instances of Flynn’s presence and other long-gone visitors were observed by Nelson and his family while they lived there. These included doors slamming, the smell of cheap perfume, crashing sounds, room doors being locked from the inside and window shades going up and down by themselves.  Tracy Nelson, Rick’s daughter, gave some rather chilling accounts of the Flynn paranormal on “Celebrity Ghost Stories” a few years ago that make interesting reading. (Check “Errol Flynn Ghosts” on Google).   As for our own Navy Island, even this writer has experienced the Flynn presence when visiting the remains of the actor’s former cabin on the island.  It follows  that a few fisherman returning from sea in the wee hours of the morning reported hearing wild parties going on, glasses tinkling, women screaming, lights on and music playing??? Too much rum? Overactive imaginations?  Perhaps not?

NEW MOORING FIELD PLANNED-  A 25-buoy mooring field is planned for the West Harbour adjacent to the Errol Flynn Marina for the 2012-13 operating season.  The new 18-inch numbered buoys will replace the remaining few 12-inch old buoys and end the need for most yachts to use their own anchors.  The system will be designed for yachts of up to 40 feet LOA.  Additional anchorage areas will be designated for larger vessels.

49TH PORT ANTONIO INT’L MARLIN TOURNAMENT-  Just seven weeks remain before the Sir Henry Morgan Angling Association’s 49th International Marlin tournament will unfold at the Old Marina in Port Antonio.  The event opens from Oct. 20-27 with four days of intense fishing.  Among the very oldest tournaments in the Caribbean, the Port Antonio event kicked off in 1959 from what was known then as the Titchfield Hotel Dock adjacent to where the Errol Flynn Marina is presently located.  It then moved to the old United Fruit railway jetty across from the marina and operated as pretty much of a “tent city” in the initial years until the present clubhouse was constructed.  With the exception of 1988 when Hurricane Gilbert eliminated all the docks at Port Antonio and during the 1978-82 period with the Michael Manley government, the tournament has been continuous.  Registration details on the tournament can be obtained from Ron duQuesnay at 1876-927-0145 or 1876-909-8818 [email protected] or check their website at www.jamaicasportfishing.com

28th ANNUAL CANOE TOURNAMENT-The Portland Chamber of Commerce will again be sponsoring the local canoe tournament in conjunction with commercial sponsors and the 49th Annual Port Antonio International Marlin Tournament.  The local canoe event will be held on Wednesday, Oct. 24 with cash prizes, trophies and scholarships offered for top catches.  It is not unusual for the canoe fishermen to bring in substantially bigger catches than many of the regular tournament participants do using far more sophisticated equipment.    Details on registering for the tournament and entry forms will be available at the Portland Chamber of Commerce office, 2 Harbour Street, Port Antonio,  or contact Canoe Tournament Chairman Desmond Goldbourne at 878-4816 or 993-2144.