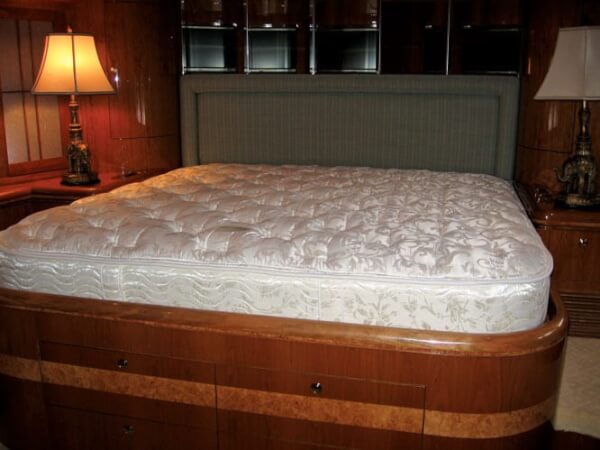 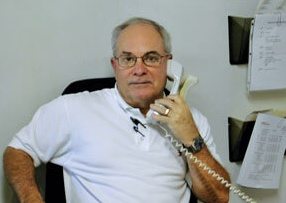 When patriarch Enoch Schrader started making mattresses out of a small rented building in West Palm Beach back in 1956, he never imagined that 60 years later his namesake company, the E.J. Schrader Mattress Company, would have grown into a third generation business. Yet it’s done just that thanks to son Blair and wife Diane spotting and seizing on opportunities. That is, the two, with the help now of grandson, Austin Burkett, have expanded beyond the company’s traditional residential business and added marine mattresses to its repertoire in big way over the last decade. It’s a decision that has scored the company homes for its custom-crafted mattresses on everything from v-berth runabouts to the master staterooms of the world’s largest yachts.

“I think he’d say ‘wow’,” says Blair Schrader, about his late father’s reaction to the company’s diamond anniversary. “He was a man that knew what he needed to do to survive in business and he passed that along to me.”

Schrader’s father Enoch worked 25 years in the mattress industry in New York. He moved to Florida after being recruited by Spring Air to work at its West Palm Beach factory.

Schrader recognized that everyone doesn’t sleep in the same way. So, he went out on his own, rented a 5,000-square-foot building and started to hand-craft mattresses and box springs tailored to individual needs, shapes and sizes at no extra cost.

It’s a move that in 1969 enabled the business to move into the 20,000-square-foot facility on 6601 Norton Avenue that the company occupies today. Over the years, clients have included Bing Crosby, Gianni Versace and Jimmy Buffett as well as estates such as the Kennedy compound and Mar-a-Lago in Palm Beach.

“I started working with my dad at age 13. For the first five years he took the measurements and I’ve been doing them for the last 40. I think we’re one of the only companies that still goes out and measures for mattresses,” he says. 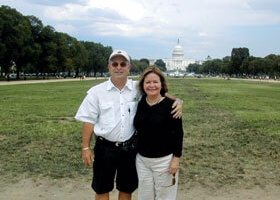 In the 50s, 60s and 70s, the Schrader’s worked extensively with the designer trade on contract bedding for residences as well as renovations in mom-and-pop hotels during the summer off season. Yachts were much smaller in those days and much of the bedding work was done by canvas and cushion manufacturers. Designers just didn’t tend to get involved on yacht projects designed for a couple of guys to go out fishing who were more than likely going to sit on their bunks in trunks wet with fish blood. By the end of the late 70s, yachts started to get larger, became more family-friendly and served at investment vehicles for corporations that put these now plush vessels into charter. That’s when designers started to get on board. In 1992, Schrader’s wife Diane came into the business, worked with the designers and diversified the company into upholstery, headboards and footboards, daybeds and fancy rolled edge mattresses covered in chic cloth. 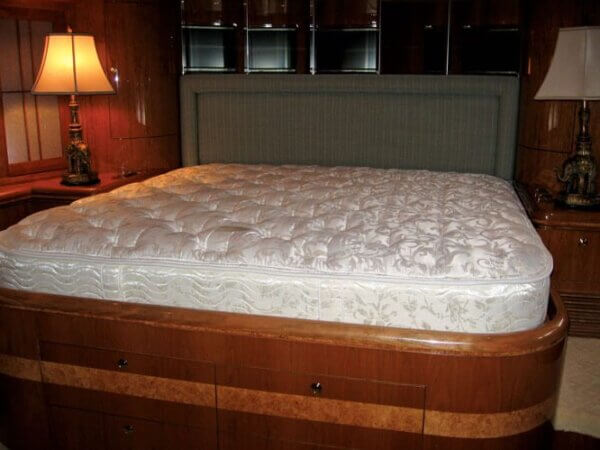 “The economic downturn in 2008 combined with government regulations in flame retardant design put a lot of small businesses out of business. We knew that to weather this storm we had to stay serving customers and that meant committing fully to the marine industry. So, we joined the Marine Industries Association of Palm Beach County, started making contacts and attended our first Palm Beach International Boat Show in 2010. Since then, we’ve added the Fort Lauderdale International Boat Show, Stuart Boat Show and TrawlerFest-Riviera Beach,” says Schrader. 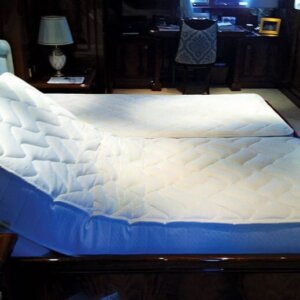 Two of the coolest vessels the Schrader’s have manufactured custom mattresses for is Nomad (formerly Aussie Rules) and Cake Walk. Nomad is a 228-foot motor yacht custom built in Freemantle, Australia, by Oceanfast. The megayacht underwent a refit in 2008 and during this time, the Schrader’s were sent the architectural plans in order to make the mattresses to spec. In total, they created nearly 60 mattresses for the vessel and shipped them in a container half way around the world. Cake Walk, the largest steel hulled yacht built in the U.S. since the 1930s, measuring 281-feet, also sails with Schrader mattresses. 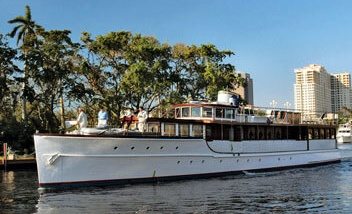 “What we really enjoy is starting with a concept and seeing it through to completion. For example, we were asked to put an electric bed and mattress in the master stateroom of a Riva 75 go-fast party boat. I thought it was crazy, that we’d never get it down the spiral staircase. But Diane was sure we could and sure enough we did,” says Schrader.

The E.J. Schrader Mattress Company is celebrating its anniversary all year. In particular, the Schrader’s look forward to showing unique items not seen in the industry before at the Fort Lauderdale International Boat Show November 3 to 7, 2016. Come by their booth and say ‘Happy 60th!’