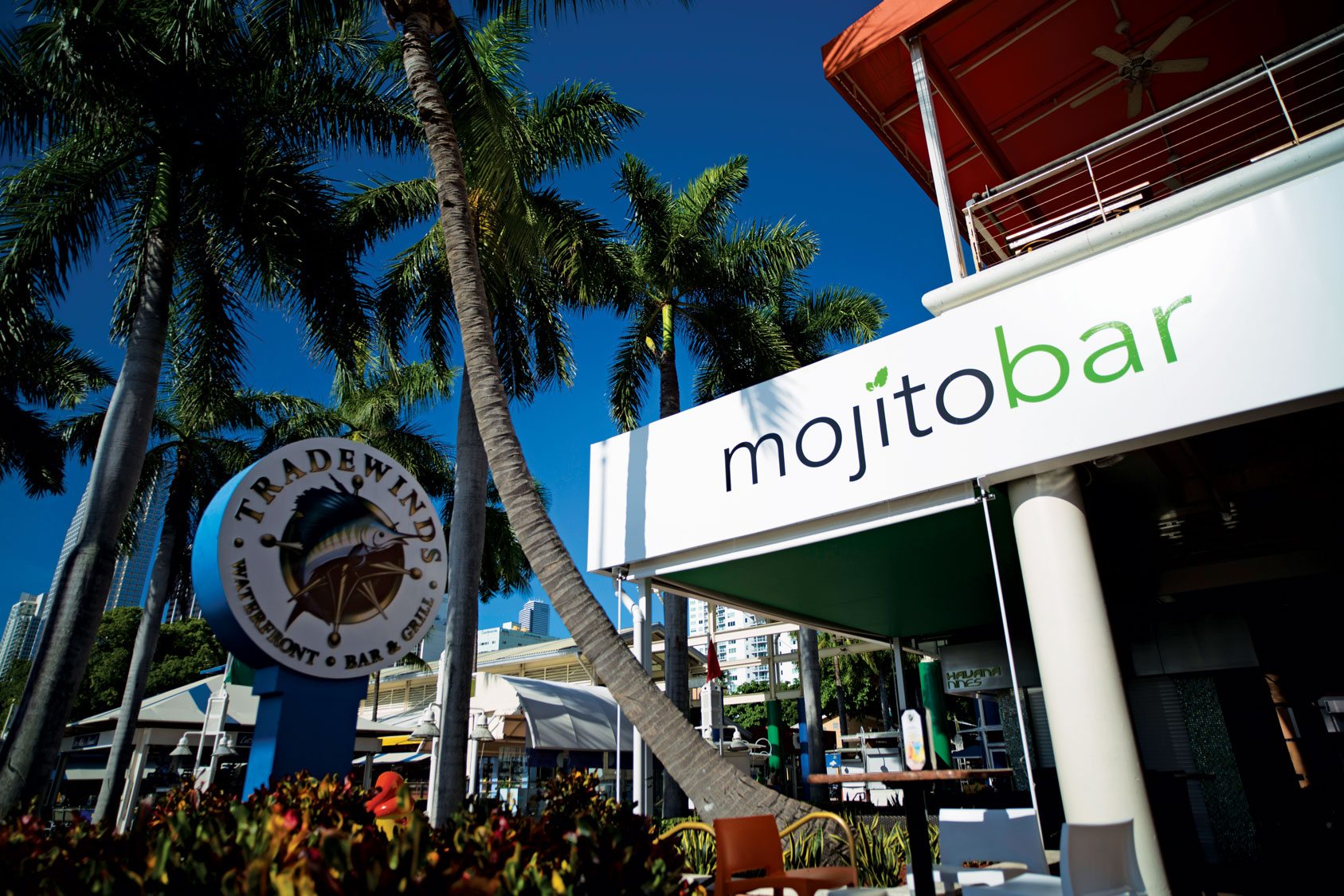 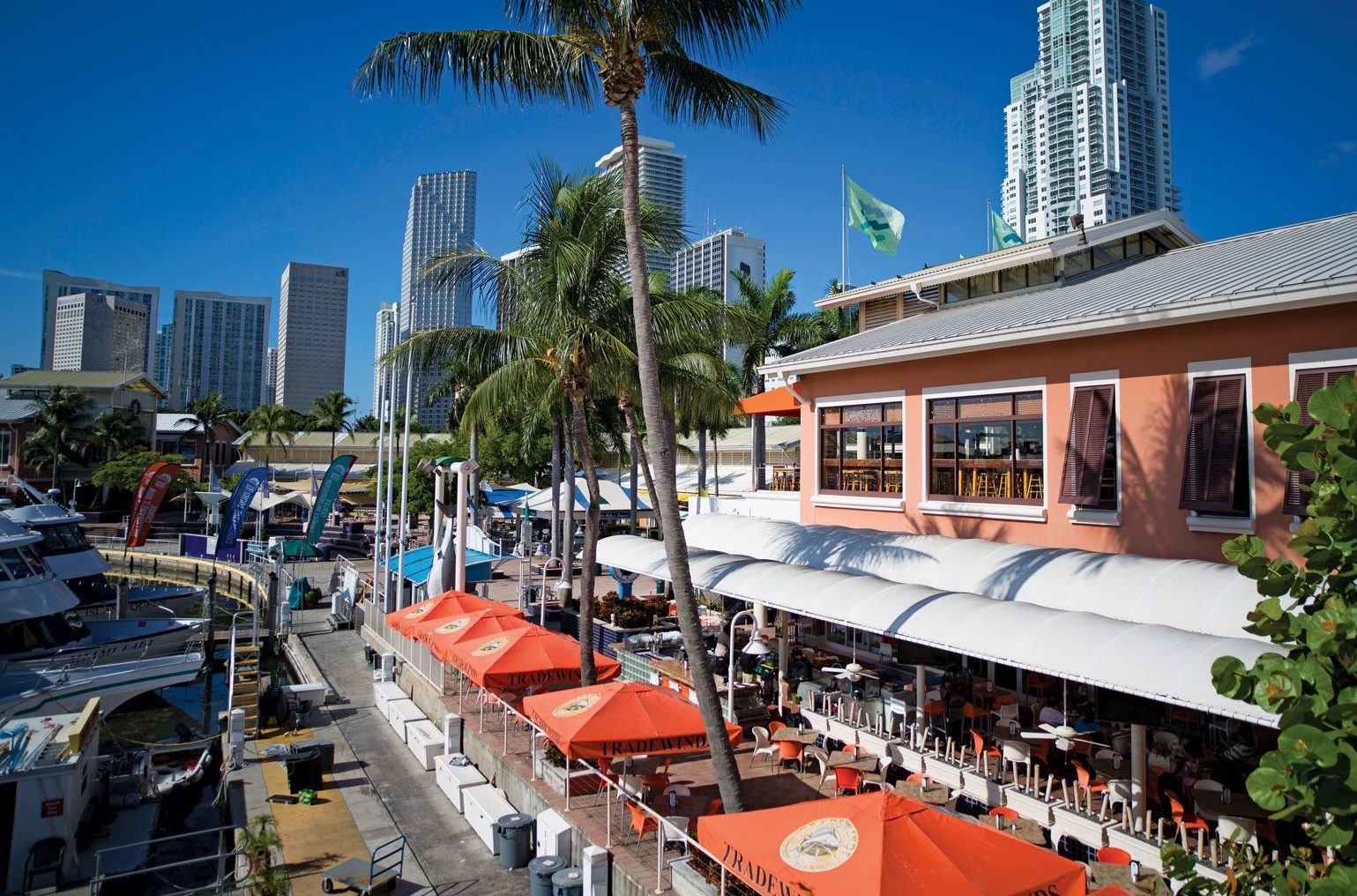 You can see it from far offshore. Miami, Florida, boasts the third tallest skyline in the U.S., with 300-plus high-rise buildings as of 2017. Most are in the city’s heart, the less than 4-square mile area of Downtown Miami. Here beats the nonstop rhythm of the city’s financial, business and government districts by day with restaurants and nightlife picking up the pace after dark. This is by no means all. Downtown Miami is a historic, nature and cultural hub too with plenty to see and do.

“There is such an awe struck feeling when you are cruising next to a large city. It’s almost surreal. You have all the sounds of a large city, yet the tranquility of the water,” says David Smyth, dockmaster at EPIC Marina, on the Miami River, which offers 900 linear feet of full-service, deep-water slips for yachts from 150- to 590-foot LOA. “Downtown Miami has a ton of restaurants to visit, with some reachable by boat. There’s some of the world’s best beaches, shopping, tennis and golf courses, and many large concert venues and sports arena are all within walking distance from our marina.”

A good place to learn the history of Downtown Miami, which was first sighted by Spanish explorer Ponce de Leon in 1513 when the indigenous population in the area numbered a quarter million, is at the HistoryMiami Museum. Collections include everything from Seminole Indian artifacts such as basketry, dolls and wooden dugout canoes to a marine assembly of early motorboats used for racing, an early 20th century Bahamian sloop and rafts used by Cuban immigrants. The downtown historic district also makes a nice stroll. Over 60 historic buildings, many on the National Register of Historic Places and built during the 1920’s land boom, are within the area bordered by South Second Street, West Third Street, North Third Street and the Miami Court. On Northwest Third, is Palm Cottage the oldest home still standing. Built in 1897, it served as one of 30 houses for railroad magnate Henry Flagler’s workers.

There’s definitely more gray buildings than greenery in Downtown Miami. Yet, there are a couple of exceptions. Simpson Park, south of the Brickell neighborhood, is a patch of native Florida jungle except for a simple pavilion. Jungle Island, located on Watson Island off the MacArthur Parkway three miles north of downtown, is lush and filled with many exhibits and encounters that feature kangaroos, orangutans, giant tortoises and parrots. The Miami Yacht Club is right next door. Bayfront Park, on the mainland opposite the Port of Miami cruise ship docks, is more urban with a playground and 10,000-seat amphitheater. Adjoining is Pier Five, which gained fame in the 1940s and is still known for its charter fishing fleet, and the Bayside Marketplace. 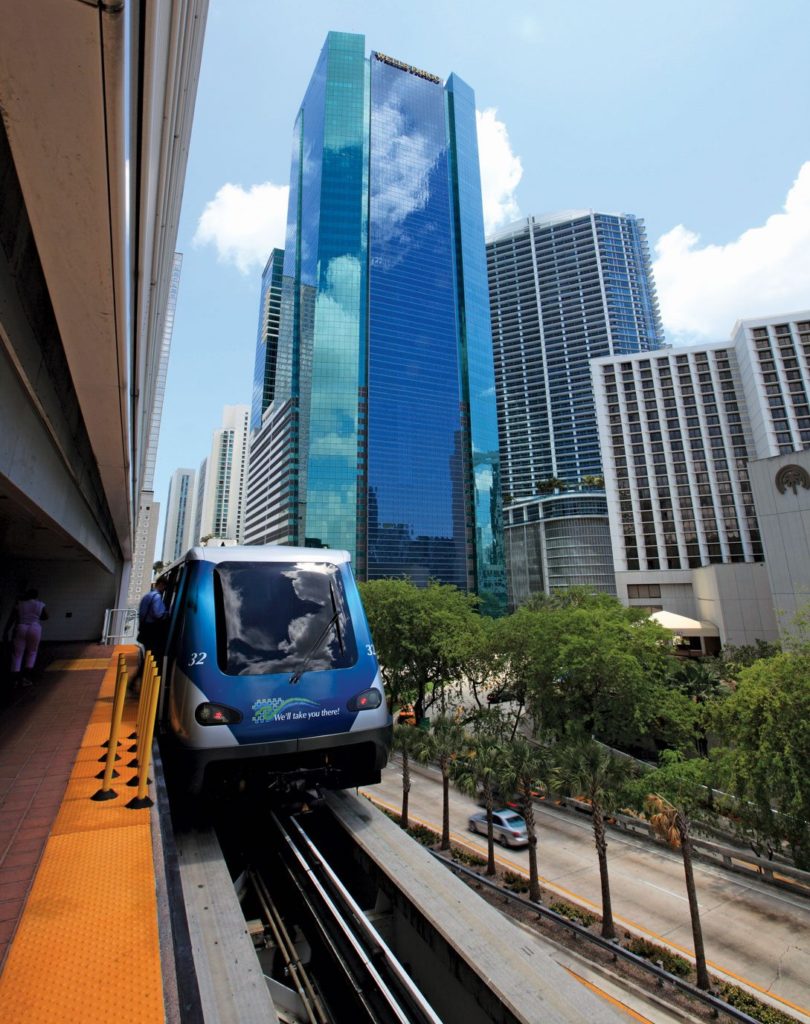 “Bayside Marketplace is a known for its music on weekends, tour boats, shopping stores and restaurants,” says Lamar Stewart, of Miamarina at Bayside, a 130-slip marina for vessels up to 150-foot LOA. “Within the Marketplace is our facility. Across the street is the American Airlines Arena, the home of the NBA basketball team, Miami Heat. Downtown also has the Historical Freedom Town, Phillip and Patricia Frost Museum of Science, Perez Art Museum Miami, Science Barge, Historical Olympia Theater, Adrienne Arsht Center for the Performing Arts and The James L. Knight Center Complex. 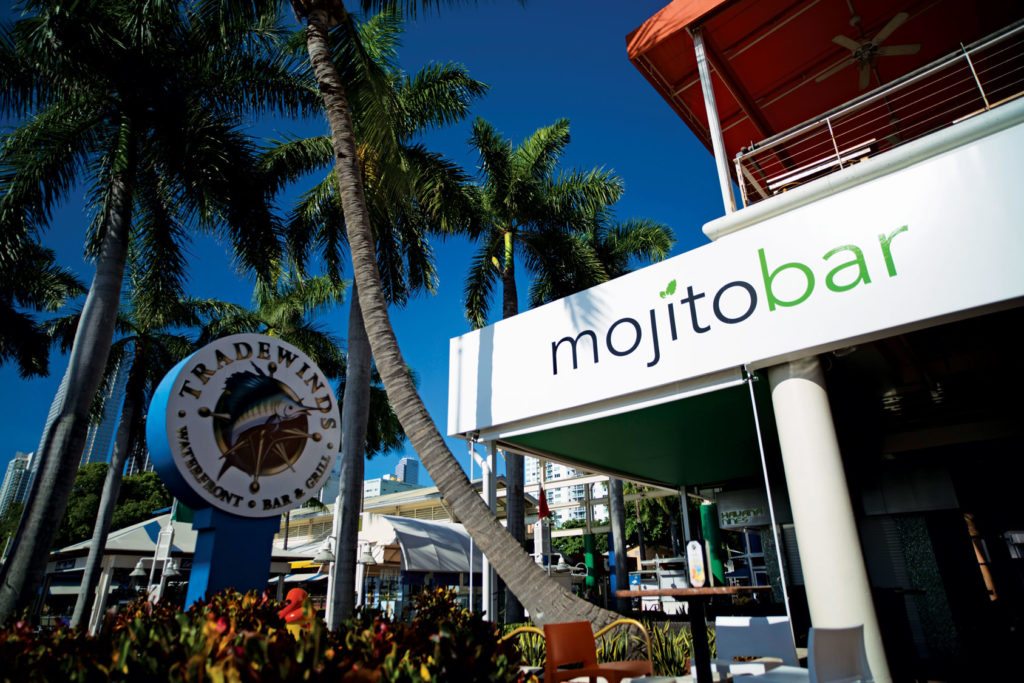 Meanwhile, Downtown Miami and nearby offers plenty of services for cruisers. There are supermarkets from upscale Whole Foods to everyday Publix, several boat and marine engine repair businesses, chandleries including West Marine and many upscale clothing and accessories stores at the Shops at Mary Brickell Village. While getting around is easy on foot, Miami-Dade Transit provides a free train called the ‘Metro Mover’. The train makes a circular loop around Downtown Miami and the Brickell neighborhood. It even connects with the fee-based Metro Rail Train, which includes stops at the Miami International Airport. This makes it easy to either start a cruise, end a cruise or welcome friends and family to cast off on a cruise and see the city’s magnificent skyline from offshore.