Carlos Coste set a new Continental South American record of 69m in the purest freediving discipline of Constant No Fins (CNF) in a time of 3m and 33s. Four days later, the Venezuelan broke his own Guinness World Record by diving to 177m, the longest distance freedive in open waters with one breath. 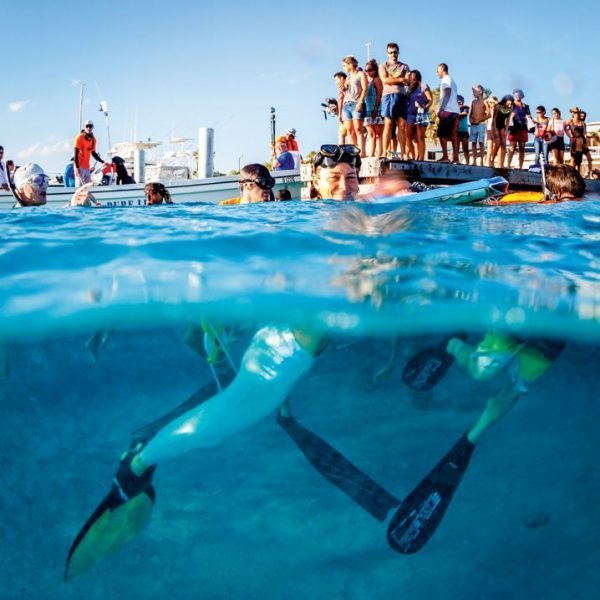 The Guinness World Record attempts were of considerable interest. Spectators lined the finger piers of downtown Kralendijk while Coste and Marina Kazankova of Russia prepared for their momentous dives. Marina impressed onlookers with a 154m dive in a mermaid tail. The dives were dedicated to the conservation of Bonaire’s pristine waters.

Both divers’ records were confirmed by AIDA judges Kimmo Lahtinen, from Finland, assisted by Belgium’s Marie Martinez. The Venezuelan-American journalist Casto Ocando confirmed the records as a witness. The final certification was conducted by notary Kenneth Arends from Bonaire. The records were referred to London for approval by the Guinness Record Board.

The event marks the first time an international freediving competition has been filmed using a 360° format both on the surface and underwater. The filming was carried out by 360 hub producers led by Dave Faires and Tom Boyd and can be viewed at: https://youtu.be/Bcyk-froEh4

Although only in its second year, the competition was attended by some of the world’s most elite athletes including three world record holders and, of course, the co-founder of the Deepsea Challenge and eleven times world record holder Carlos Coste. 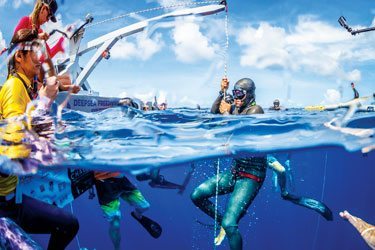 There were many notable performances in the competition. Jeanine Grasmeijer of the Netherlands broke the AIDA (International Association for the Development of Apnea) Free Immersion (FIM) record taking it to 92m. Carolina Schrappe of Brazil opened the event by plunging to 95m on a Variable Weight (VWT) dive. VWT means that Schrappe used a sled to drag her down to depth and then ascended under her own power.

Deepsea challenge Bonaire 2016 was organized by Gaby Contreras, wife and manager of Carlos Coste and was made possible by a large group of private companies and sponsors. Plans for next year include more involvement for spectators and live video feeds of the event.

THE CHALLENGE & FREEDIVING AS A SPORT
For more information about the Deepsea Challenge, visit: deepseabonaire.com/deepsea-challenge-2016/

The International Association for the Development of Apnea, AIDA, is the international sanctioning body for freediving, individual and team competitions, and freediving world record attempts. aidainternational.org

To learn more about Freediving Disciplines, go to: deeperblue.com/freediving-disciplines-explained 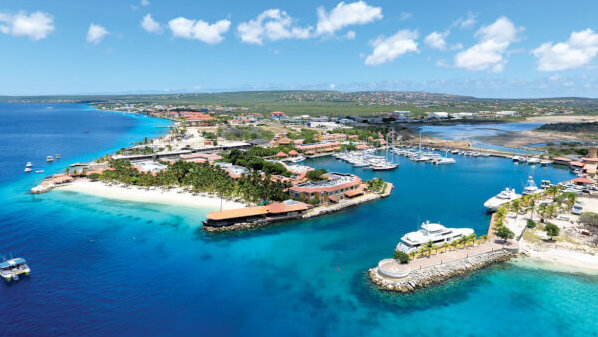 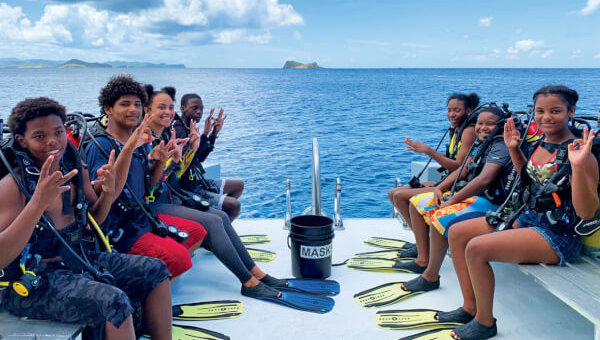