The critically endangered largetooth sawfish gained a lifeline on June 5, World Environment Day, when Caribbean countries unanimously agreed to add the species to Annex II of the Specially Protected Areas and Wildlife (SPAW) Protocol under the Cartagena Convention. Seventeen member governments are thereby obligated to impose strict national protections for the largetooth sawfish and cooperate regionally to recover populations. The IUCN Shark Specialist Group (SSG) has identified the wider Caribbean as one of four global priority regions for sawfish conservation efforts.

“Around the world, sawfish have been revered for millennia and yet their disappearance has gone largely unnoticed,” says Sonja Fordham, president of Shark Advocates International, based in Washington, D.C. “The Caribbean region has the potential to be a rare source of hope for reversing declines of these iconic species and ultimately restoring their role as key predators in coastal ecosystems. Such success, however, depends on immediate action, starting with countries fulfilling international mandates to strictly ban sawfish killing and trade. Scientific attention and treaty commitments in recent years provide an excellent yet fleeting opportunity to save Caribbean sawfish. Progress here can also serve as a model for other regions and thereby bring global benefits for these magnificent animals.” www.sharkadvocates.org 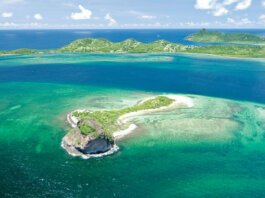