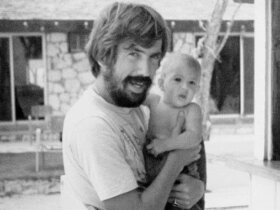 Bilge Rats and the Joys of Bad Parenting

If you are preparing to leave the Caribbean and transit the Panama Canal on your sailboat, it is almost inevitable that you will anchor in Colon waiting no less than a week while the transiting details are finalized.  The city of Colon closely resembles those all-too-ubiquitous photos in a magazine of a Middle Eastern war torn country.  The dilapidated walls of numerous buildings of a future promised by foreigners crumble into the poorly-maintained streets.  Garbage litters the avenues, the homeless meander the streets barefoot, and crime is rampant.

Craig and I had sailed to Panama via Jamaica and after anchoring in the muddy harbor, we had to deal with the legalities of clearing in.  I can properly butcher the Spanish language and unintentionally insult the culture, but I cannot proceed further than that.  Fortunately, there are locals familiar with the immigration system who, for a small price, will come with you through the entire process as translators.  Agents and even local cab drivers can help with canal transit paperwork.  I highly recommend using Tito for transit details and Dracula for clearing in.  Both their numbers can be obtained either through the Panama Canal Yacht Club’s friendly manger, Roger, or by asking other cruisers, as Tito and Dracula circulate throughout the yachting community.

Despite Colon’s destitution there are two grocery stores that offer all the amenities for food provisioning.  There is no chandlery in Colon but there are stores a two hour bus ride away in Panama City that almost always stock what you need.

Although Craig and I had yet to transit the canal on our 36 foot monohull boat, Homeward Bound, we were asked to be line handlers on a 60 foot catamaran.  It is mandatory to have a crew of at least four line handlers, not including the captain, and a pilot.  It is a good idea to volunteer as a line handler on someone else’s boat to get an idea of what to expect.

When transiting in your own boat, you will be expected to feed the crew and pay the bus fare for those returning back to Colon once you have reached the Pacific side.  The crew, with the exception of the pilot, will spend the evening as this is an overnight procedure.  However, if you originate from the Pacific side, your boat will leave early in the morning and reach the other side at night.

The price is determined by the size of the boat and it currently stands at $600 for small boats under 50 feet and $850 or more for those above, not including a deposit that is returned if no mechanical complications arise during the transit.

You must rent tires wrapped in plastic to use as fenders and arrange for them to be returned, and rent dock lines of 150 feet. I recommend covering or removing solar panels as the line throwers working the canal have yet to perfect their aim.  Although the paper work requires you to maintain 8 knots this is only mandatory from the Pacific to the Atlantic; 6 knots is sufficient for the opposite direction.

It is a possibility that you will have to raft alongside another boat and enter through the locks with a large ship like a tanker.  (During our transit, we were rafted next to a tug boat and were positioned behind the monstrosity, M/V American Tern.)

Once the pilot has been dropped off on your yacht you are set to make an incredible voyage, for the canal is truly an amazing man made achievement.  The Gatun Locks, the first while in transit from Colon to the Pacific, will have your boat rising, as a controlled amount of water pressure gushes in.  The view from the third and final lock allows you to see the other two lower locks at work as the gates slowly close shut.

Overnight you will anchor in the fresh water lake of Gatun.  Swimming is not only prohibited but also not advisable as numerous alligators call this lake home.  The pilot will be picked up at this point and returned in the morning.  The morning transit consists of motoring through the lake and, if you are fortunate enough to get some wind, sailing is allowed.  You will also travel underneath two bridges, one being the remarkable Bridge of the Americas.

If you never have the opportunity to take your boat through but you find yourself in Panama, don’t miss this experience.  Volunteering as a line handler on a boat or taking a paid excursion through the Panama Canal will leave a lasting memory of this man-made wonder.

This is the Canal

The Panama Canal is approximately 80 kilometers long between the Atlantic and Pacific Oceans. This waterway was cut through one of narrowest saddles of the isthmus that joins North and South America.

The Canal uses a system of locks—compartments with entrance and exit gates. The locks function as water lifts: they raise ships from sea level (the Pacific or the Atlantic) to the level of Gatun Lake (26 meters above sea level); ships then sail the channel through the Continental Divide.

Each set of locks bears the name of the town site where it was built: Gatun (on the Atlantic side), and Pedro Miguel and Miraflores (on the Pacific side).

The lock chambers—steps—are 33.53 meters wide by 304.8 meters long. The maximum dimensions of ships that can transit the Canal are: 32.3 meters in beam; draft -12 meters in tropical fresh water; and 294.1 meters long (depending on the type of ship).

The water used to raise and lower vessels in each set of locks comes from Gatun Lake by gravity; it comes into the locks through a system of main culverts that extend under the lock chambers from the sidewalls and the center wall.

The narrowest portion of the Canal is Culebra Cut, which extends from the north end of Pedro Miguel Locks to the south edge of Gatun Lake at Gamboa. This segment, approximately 13.7 kilometers long, is carved through the rock and shale of the Continental Divide.

Ships from all parts of the world transit daily through the Panama Canal. Some 13 to 14,000 vessels use the Canal every year.

The Canal has a work force of approximately nine thousand employees and operates 24 hours a day, 365 days a year, providing transit service to vessels of all nations.