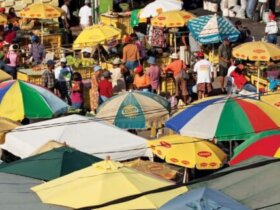 James Dobbs, likely the most successful skipper in Caribbean regatta history, passed away at his home in Mallorca, Spain, on September 4th.

Born in Malta and raised by his grandparents on the Isle of Wight at Seaview, it was Dobbs’ grandmother who introduced him and his brother to sailing after procuring an inflatable life raft from a war time airplane. “This went down wind okay but Granny had to make generous donations to the local life boat station who regularly launched to tow James and his brother, ages five  and six at the time, back upwind from their adventures,” explains Nicola Pears, Dobbs’ longtime partner and crew.

Pears left her professional life as an attorney and Dobbs retired from a career as a chartered accountant in 1981. The two decided to go cruising. According to a 2007 interview for All At Sea, Dobbs said: “I didn’t think I’d race, so I bought a 41-foot Rival Cutter. It wasn’t long before I was racing it and it wasn’t rewarding.”

In Antigua at this time, Dobbs bought Jol Byerly’s Olson 30, Riptide, and named her Lost Horizon II thus turning the cutter into a mother ship. Dobbs, with Pears on foredeck, and many regular and pick up crew including Anders from Antigua, Dave ‘Kiwi Dave’ Hanna (who bought the Olson 30 before Dobbs purchased a J/122 also named Lost Horizon II), Hans Lammers, Dana Nicholson, Henry Pepper, Janie Easton and Geoffrey Pidduck won many if not all of the major regattas in the Caribbean.

In her article for the 2012 Antigua Sailing Week Magazine, Patricia Knox writes: “James and Nic have won the CSA Travelers Trophy so many times they have been ruled ineligible to win it again!”

Geoffrey Pidduck and Janie Easton raced with Dobbs as crew as well as against him. “We enjoyed the many years of racing against Lost Horizon. One always tries harder when up against such an outstanding sailor and well sailed boat such as the Lost Horizon legend,” Pidduck says.

Bernie Evan-Wong who honored Dobbs by inaugurating the ‘James Dobbs Memorial Regatta’ (nine teams of six one-design RS Elite boats courtesy of Antigua’s NonSuch Bay Resort) on October 11th, also sailed against Dobbs. “James was the Gold Standard of yacht racing for me. Anytime I managed to get anywhere close to him or ahead it made me very happy!”

What did Dobbs really like about yacht racing? Pears explains: “He liked the camaraderie, the skill, the excitement; he lived for the wind and speed, to tweak this rope, and that, to get the boat going as well as she could. He particularly liked the drinking and talking that took place after racing. He remembered nearly every tack and gybe in every race he had ever done. He loved it all.”