My Grandfather, Harry Draper, vacationed on the island of St. Maarten for several years before retiring there with his wife, Audrey, at the age of 54. On their favorite island, he could play golf and they both could relax, and they lived in the lowlands region. He had retired from another family business, Draper King Cole Canning Company in Milton Delaware. But vacationing and golfing, to my grandfather’s driven spirit, simply became boring.

He found a partner with Bob Halsey and together, in 1962, they opened the first Island Water World store in Philipsburg on the corner of A.C. Wathey Square. There they sold a limited inventory of marine supplies and sundries – at the time the biggest moneymaker was Dutch wooden shoes and souvenir windmills. They also tried a clothing line including T-shirts and beachwear.

In 1965 the partners decided to purchase a vacant lot in Cole Bay, and this is where Island Water World has been an icon on the landscape of Cole Bay and Simpson Bay Lagoon ever since.

Albert Carty started with Island Water World in 1966. His mother Mim and father Amile worked for my grandparents at their home in the lowlands, and Albert would help tend their garden from time to time. My grandfather had shared with Albert his idea to build a store to put boats and motors together, and asked if Albert would be interested. Albert was.

At the time, Island Water World sold Sunfish sailboats, Seagull engines and Avon dinghies. In those days, Sunfish were big on the water in Philipsburg. Albert quickly learned to sail them and to repair Seagull engines. Later, Albert started working on Evinrude outboard engines.

Albert credits Bobby Velasquez of Bobby’s Marina, as his mentor. At the time, Bobby worked as a mechanic and taught Albert his first lessons in engine repair. After Albert picked up his first screwdriver, he never put it down. Albert taught many of his co-workers how to use parts catalogues. He would spend a lot of his free time showing how engines were put together, from the parts books.

In 1972 Clifton Wilson arrived at Island Water World at the age of 18 to work as a bookkeeper. Clifton recalls of my grandfather, “There wasn’t much of a bookkeeping system at the time and things were done kind of haphazardly. It took a while to get a reasonable bookkeeping system going. Mr. Draper didn’t like using calculators. He kept information in a green columnar pad and seemed to never agree with information from the manager at the time (Peter van Strien). I would hear him mumbling as he mentally made his calculations.”

Paul Marshall arrived in St. Maarten shortly after completing his education at the University at Buffalo, fell in love with the island and vowed never to return to the snow. For the first couple of years, Marshall worked on the Black Swan owned by Doug Hazelton – better known as “Captain Crunch.”

After the demise of the Black Swan, Marshall needed some way to finance his life in the Caribbean. So, in 1975 he began working for Island Water World as a parts Salesman. Paul survived a succession of managers to eventually run the business; for many years, Paul Marshall was the face of Island Water World. He influenced the company with much of his character – great attention to detail, strong control and a sense of always doing the “right” thing, always choosing the moral high road.

In 1980 my grandfather passed away. His partner, Bob Halsey, soon approached my parents, Sally and Chet Dickerson, about selling his shares of Island Water World so he could focus on his emerging NAPA parts business on the island. At the time, my parents, my brother Bert and I had just moved back to Washington D.C .from living in Tokyo, Japan for six years. My father had worked for Monsanto and was relocated to become a lobbyist on Capitol Hill. My parents purchased Bob Halsey’s shares and immediately began to manage the financial aspects of Island Water World alongside Paul Marshall.

In 1994 Sean Kennelly arrived in St. Maarten and asked Paul for a job. Paul asked what he could do. Sean said he could improve stock turn, reduce inventories and increase profit – Paul gave Sean the job.

Sean recalls “The store was a dark, dusty affair that took up one-fourth of the building. Paul Rosen presided over his domain from an elevated office at the front. Lots of stuff in brown paper packets. There was a time where the store was going to closed.” Sean remembers that upon his arrival, Island Water World had just started using the accounting software Counterpoint – which crashed on a regular basis.

In the mid 1990s, Island Water World sold more boats and motors versus chandlery. Island Water World didn’t make a huge profit and had inventory losses. The building in Cole Bay was also occupied by FKG (marine rigging and fabrication), Simpson Bay Diesel and St. Maarten Sail Loft. Sean had the drive to expand the store. The other companies moved out, Paul and Sean remodeled the store and Island Water World soon thereafter experienced a significant increase in Sales. I must not forget to mention Paul Rosen, truly an unsung hero in the reshaping and emergence of Island Water World.

In 1997 Sean Kennelly and Paul Marshall started the Island Water World catalogue, and the following year opened the company’s first new store in Grenada. This was followed by a larger store in St. Georges, Grenada, and, in 2003, by another new store in Rodney Bay, St Lucia. In July 2005, the company purchased Dive Buddy, a successful scuba and snorkeling business based in St. Maarten, and continues to successfully develop Dive Buddy throughout the Caribbean.

My parents, Sally and Chet Dickerson, have been an integral part of expanding Island Water World to what it has become today. At the age of 41, I find myself based in Ocean City, Maryland, married to my beautiful wife Annemarie with my three children, Peyton, 15, Ross, 12 and Riley, 10. For the past 18 years, my wife and I have continued to manage her family legacy of running the Francis Scott Key Family Resort.

And for the past two years, I have been involved in helping manage the growth and ownership responsibilities of Island Water World stores in St Maarten, Grenada, St. Lucia and Curacao, and our ever-expanding online store, islandwaterworld.com.

None of this would be possible without what I have found in my family legacy: my friends and my co-workers at Island Water World – truly fantastic people with great pride and great values. 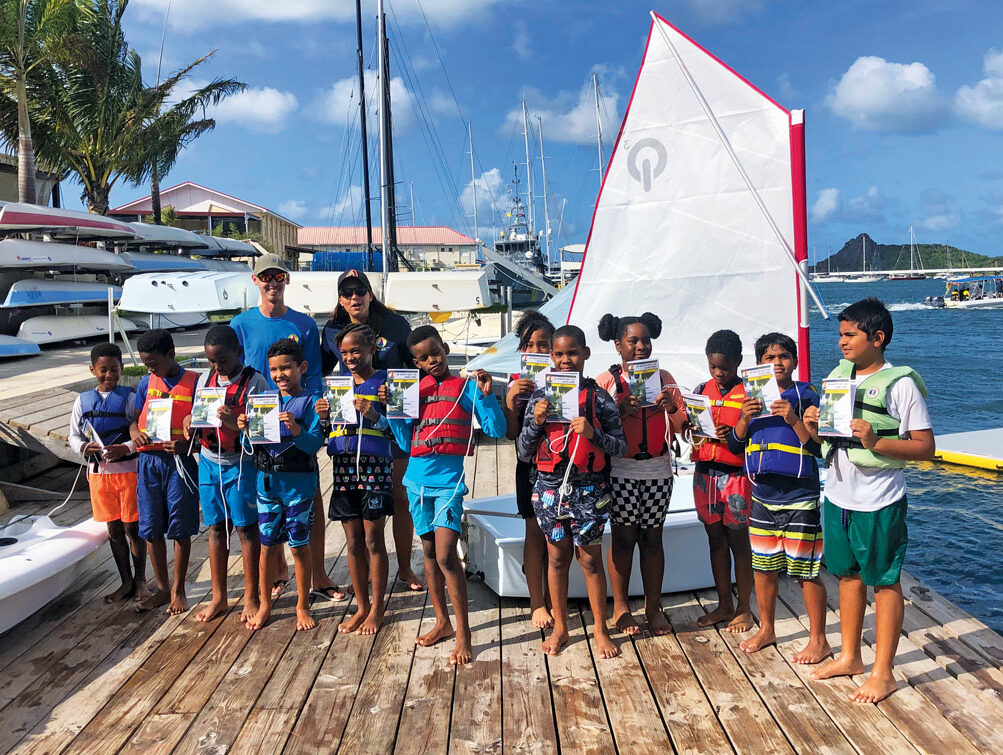 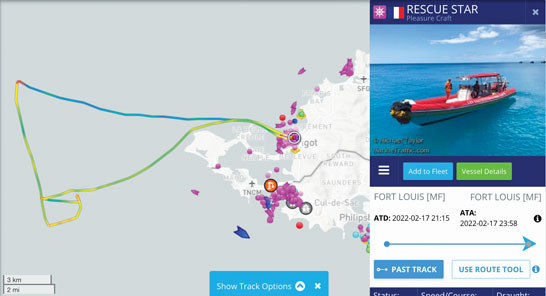