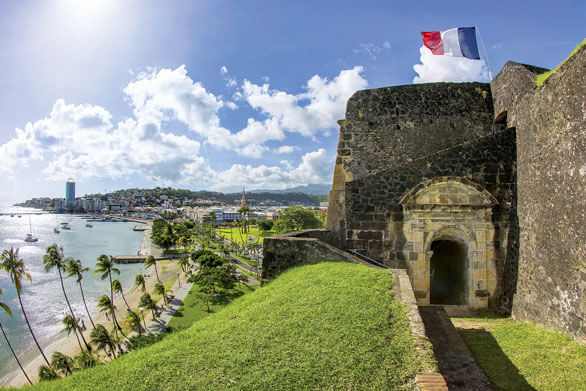 Yo ho ho and Shiver me timbers. It’s easy to talk the talk of a pirate. But if you want to walk the walk, or more aptly stroll or sail where these buccaneers once did the same, there’s no better place than the Caribbean. From the late 1500s to the early 1800s, as several European countries jostled for strategic ownership of these 700-plus islands, piracy flourished as booty-laden ships arrived from the Old World and the New World lacked law and order.

Today, the image of pirates in the Caribbean has taken on a romanticized view that many like to tap into on a visit. Here’s how:

It’s the largest city in the Bahamas. Yet, from 1703 to 1718, Nassau served as capital of the ‘Republic of Pirates’, a very loosely organized group of plunderers headed up by Benjamin Hornigold and Henry Jennings. While these names might not sound familiar, these two mentored the likes Edward Teach or Blackbeard, and ‘Calico’ Jack Rackham, respectively. During its 18th century heyday, Nassau was home to over a thousand pirates. Today, you can travel three miles from downtown Nassau to Blackbeard’s Tower. Local lore says Blackbeard himself climbed the steps of this now-ruin to look out for approaching ships. www.bahamas.com/islands/nassau-paradise-island

Boat Building is a Way of Life in Carriacou 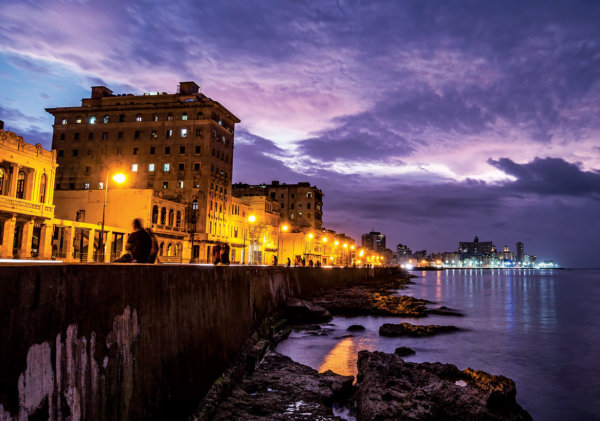 Like bees to honey, pirates swarmed the streets, shops and saloons of this 1514-founded city for news of when the Spanish silver fleet would pass through en route to the mother country with loads of precious cargo collected from the coasts of south and central America and Mexico. French pirate, Jacques de Sores, famously burnt down the city in the mid-1500’s, thus leading to the building of fortifications. Today, it’s still possible to walk the streets and waterfront or El Malecon of Havana as well as tour the city’s 16th century-built fortress, the Castillo de la Real Fuerza, a UNESCO World Heritage Site.
www.cubatravel.cu/en/destinations/havana-cuba

This once largest Caribbean city was reduced to rubble during the earthquake of 1692. Yet before that, Welsh pirate Sir Henry Morgan based out of Port Royal and Calico Jack Rackham met his end by hanging here. Though much of the old city is underwater, there are historic sites still standing and open for tour by the Jamaica National Heritage Trust. One of these is Fort Charles, first built in the mid-1600’s, one of six total and the only one to survive the earthquake. It was rebuilt and a century later it held over 100 guns with a garrison of 500 men. The fort is open 9 am-5 pm daily. www.jnht.com 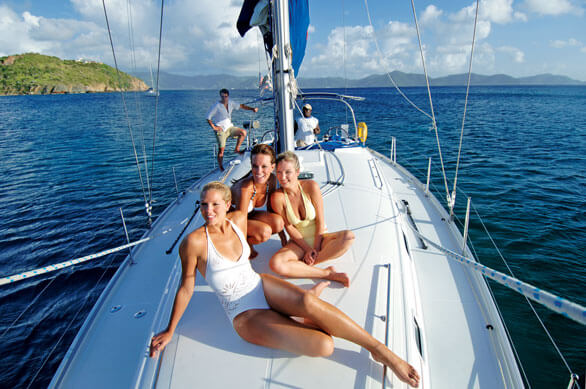 This British sea captain turned pirate, termed privateer since he was sanctioned by the Royal Navy, Sir Francis Drake is known for his round-the-world voyage and battles against the Spanish. One of the later proved an unsuccessful attempt to take over San Juan, Puerto Rico. Drake cast off with a small flotilla of frigates from Virgin Gorda and sailed west to Puerto Rico through a sheltered yet little navigated strait. Today, the Sir Francis Drake Channel and its protected by Tortola to the north and smaller islands like Cooper, Peter and Norman to the south. It’s one of the best places to sail in the world. www.bvitourism.com 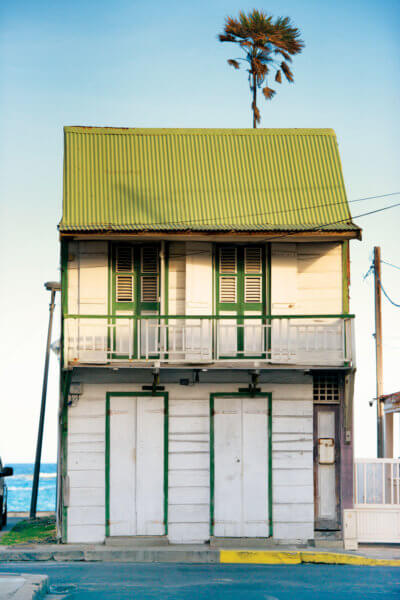 Grand-Bourg is the largest town today on this French Caribbean island, which is part of Guadeloupe. It’s incredibly picturesque with a fort, 19th century church, museum and several restaurants and cafes. This wasn’t the case in 1689, when after helping to defend the British-settled island of Nevis from French pirates, Captain William Kidd was told by the governor to exact his reward by attacking French-owned Marie-Galante. He did, burned the town to the ground, and sailed off with 2,000 pounds of silver. www.guadeloupe-islands.com

At Least Chefs Get to Eat Their Mistakes

This French Caribbean island was a haven for its pirate nationals during the late 1600’s and early 1700’s. Captain Crapeau, Mathurin Desmarestz and Etienne de Montauban all spent time here. Yet the most famous pirate story is that of the dread pirate Bartholomew ‘Black Bart’ Roberts who after sailing in on his pirated ship, the Queen Anne’s Revenge, captured and hung Martinique’s French Governor in 1721. The harbor in Fort de France as well as Fort Saint-Louis are wonderful spots to sit or stroll, gaze across the harbor and picture pirate ships sailing to shore. us.martinique.org 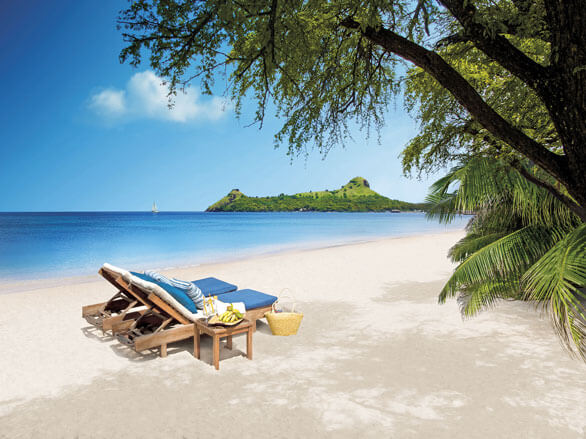 This 44-acre island, joined to the mainland since the early 1970s by a causeway constructed from dirt excavated when IGY’s Rodney Bay Marina was built, is a national park. It’s hike-friendly peaks and lush greenery make it the perfect venue for the annual St. Lucia Jazz Festival. However, flash back four hundred years and it was French pirate Francois le Clerc (better known as ‘Jambe de Bois’ or Peg Leg), and his 300-plus contingent of men, who based here on the lookout for treasure laden Spanish gallons. Today, there’s a café on Pigeon Island named Jambe de Bois. www.stlucia.org 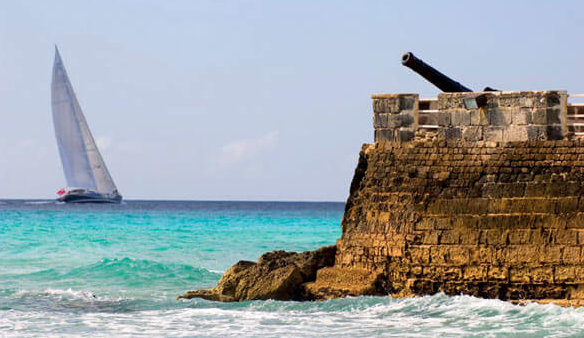 Planter turned pirate and Bridgetown-born Stede Bonnet knew more about sugar than sailing. Historians say his lifestyle change from wealthy planter to wannabe pirate was fueled by a desire to escape his wife. Bonnet sailed out of Carlisle Bay one night and headed north to Nassau where his inexperience and restless crew led him to cede command to Blackbeard and thus become one of the famed pirates crew. Today, it’s possible to sail out of Carlisle Bay on the pirate-themed Jolly Roger I for a day sail and snorkel trip. www.visitbarbados.org