Technology is coming to the rescue of coral reefs worldwide. 3D coral printing, or constructing a three-dimensional object under computer control, is a revolutionary technique that can help rebuild reefs in a whole new way. This process, first used in 2012 when 3D printed reefs were successfully sunk off the coast of Bahrain, will be employed in the Caribbean this year. More specifically, Fabien Cousteau, named 2016 Diver of the Year by the Coral Gables, Florida-headquartered International Seakeepers Organization and grandson of famous undersea explorer, Jacques Cousteau, will put 3D printing to work out of the Harbour Village Beach Club in Bonaire.

“This is a proactive initiative by Harbour Village Beach Club and Fabien Cousteau to continue ensuring that Bonaire remains a top diving destination with some of the most pristine reefs on the planet,” says Anna Peterson, spokesperson for the resort, which includes a 60-slip marina capable of docking yachts from 35- to over 150-feet. “Other areas of the Caribbean, and the rest of the world, are more stressed and damaged, so the work done in Bonaire can be used to preserve damaged coral reefs in other places.”

Bonaire is indeed the perfect spot for this type of research. That’s because while an estimated 60 percent of living coral in the Caribbean has disappeared over the last three decades, according to the Washington, DC-headquartered Living Oceans Foundation, Bonaire has lost only half this amount. Reasons for this are natural and man-made. For example, a flat landscape and few rain showers translates into little coral-covering runoff. In addition, the creation of the Bonaire National Marine Park has protected the island’s waters from the high-water mark to the 200-foot depth contour since 1979. 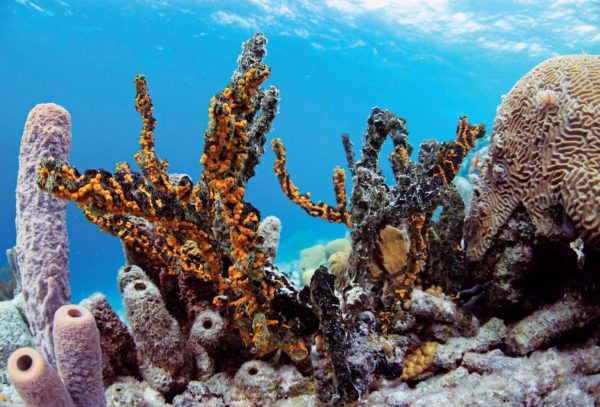 Cousteau says he decided to set up an outpost of his Ocean Learning Center, a New York-based nonprofit organization dedicated to ocean conservation and education, at the Harbour Village Beach Club after a visit last year. The property is already well-known for coral preservation initiatives run out of its on-site PADI five-star center, Great Adventures Bonaire. Cousteau says he found the resorts commitment to the ocean ethic closely akin to his own.

“The Ocean Learning Center will be home to a 3D printing machine that will print artificial reefs to sink in the surrounding seas. They’re currently experimenting with the best materials for local reef building and plan to plant new reefs soon,” says Peterson.

What makes 3D printing better than tried-and-true methods such as sinking ships to create artificial reefs? Two factors: texture and color. Scientists have found that the 3D printing process is useful to create figures that better mimic real coral, such as those with protective cracks, crevices and contours on the surfaces. In addition, research also shows that infant coral polyps find white or pink color reefs homier, because these hues rather than darker ones are analogous to healthy reefs. The 3D process can specifically print in these light colors. What’s more, creating a lush flourishing 3D-printed coral garden is less labor intensive than current restoration processes and can create a larger impact in less time. 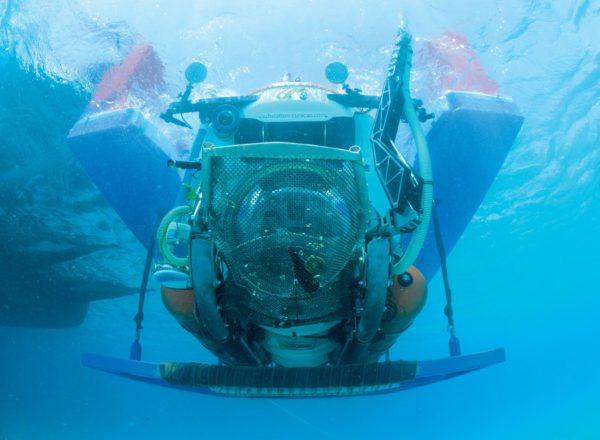 What’s fun is that it’s possible to get a close-up look at this new technology in action.

“One of the objectives is to educate and engage residents and visitors, giving them a better understanding of our human-ocean connection and a path towards being part of the solution. Guests may attend educational Fabien Cousteau Ocean Symposiums and other conferences the resort hosts and can participate in land-and-water based projects, including beach cleanups, helping the team fragment coral and cleaning the ‘trees’ as part of the coral reef restoration program.” says Peterson.