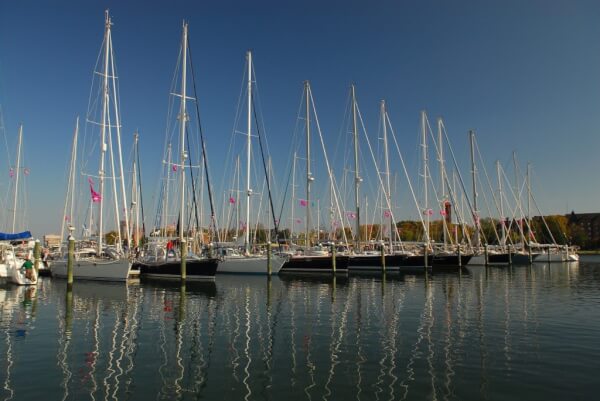 On November 4, the largest and longest running sailboat cruising rally in North America, the Caribbean 1500, departs historic Fort Monroe in Hampton, Virginia at 12:00 noon (weather permitting) for the sunny shores of the British Virgin Islands and the Abacos in the Bahamas. Forty-two boats will participate in the 23rd annual race.

This year, 36 boats will head for Nanny Cay Marina on the island of Tortola in the British Virginia Islands while six boats will make up the ARC Bahamas fleet, bound for Bluff House Marina on Green Turtle Bay in the Abaco Bahamas.

Cruisers will begin arriving in Hampton this Saturday, October 27, spending the week prepping their vessels for the long ocean voyage. Participants include rally veterans, experienced blue water cruisers, and first-timers. While in Hampton, sailors will attend social functions, including “dine-around” parties, safety equipment demonstrations, and lectures on various cruising topics.

For more information on the Caribbean 1500, dial 757/788-8872 or go to www.worldcruising.com. Further information can be found by emailing [email protected].

Partially bordered by the Hampton Roads harbor and Chesapeake Bay, Hampton, with the 344,000 sq. ft. Hampton Roads Convention Center, is located in the center of the Hampton Roads metropolitan area.  Hampton is the site of America’s first continuous English-speaking settlement and is home to such visitor attractions as the Virginia Air & Space Center and Riverside IMAX ® Theater, Hampton History Museum, harbor tours and cruises, Hampton University Museum, Fort Monroe, award-winning Hampton Coliseum, The American Theatre, among others.