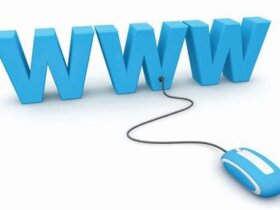 ARC 2006 opens in Las Palmas de Grand Canaria on November 13 and the fleet will start for Rodney Bay, St. Lucia on November 26 from a line off Las Palmas harbor. The ARC will finish officially at 1200 hours local time on December 22.

This year, the Atlantic Rally for Cruisers celebrates its 21st anniversary, the perfect excuse to dig out Lao Tzu’s quote that, “The journey of a thousand miles starts with a single step.” Not only for the event—from its inception the largest ocean race in the world—which has enjoyed its own travels through two decades, but also for the thousands of competitors who have pointed their bows westwards to begin the 2,700 nautical mile race to the Caribbean.

The idea for the ARC was conceived in 1985 by Jimmy Cornell, who was in the Canaries to write an article about sailors preparing to cross the Atlantic. Cornell tapped into two prevalent moods: the crossing was fun, but it made novices nervous. He hit upon the idea of organizing a race that would be amateur in spirit and well within the comfort zone, to allow sailors to build safety and confidence. The following year, ARC86 set off with 204 yachts from 24 nations.

In 1989, a Racing Division was added, to give those with a competitive edge the opportunity to make the crossing both with and ‘against’ each other. Today, some 15% of the fleet takes part in the Racing Division, run under the auspices of the Royal Ocean Racing Club, according to IRC rating.

In 1990, the destination was switched from Barbados to Rodney Bay, St Lucia, where it has remained ever since. With some 200 yachts regularly participating, the facilities at the end needed to match those at the start. At last, all boats could be accommodated in a single marina, to give a rolling festival atmosphere as the faster boats welcomed home the slower competitors.

Sir Chay Blyth’s Challenge Business joined with the World Cruising Club in 1999, the year that a record 238 entries participated. The event is still organized out of Cowes on England’s Isle of Wight. Not surprisingly, UK entries make up just under half of all participants, but this is far from a Red Ensign procession. Some 24 nations take part, with Germany and the USA also represented in numbers.

Rodney Bay Manager Cuthbert Didier spoke to All At Sea about what the ARC means to St Lucia and him:

AAS: Does any one year stand out as being particularly memorable?

Didier: Yes, indeed. 2001 was a phenomenal year for the ARC at Rodney Bay Marina. Amidst all the world tensions, the marina and all other sponsors raised the standard by including new signature events which made the event very successful. That was the 11th anniversary of ARC in St. Lucia. The Caribbean party was introduced, the RBM Manager’s cocktail party at my house was introduced, and the ARC Jam, an event which brings locals with ARC participants at the marina.

AAS: How has the ARC influenced Rodney Bay marina and St Lucia?

Didier: The ARC has a significant influence on the marina and St. Lucia. First off, it ushers in our yachting season, bringing hundreds of yachts and over a thousand participants who stay well over three weeks on the island. The economic impact is valued at 4 million EC dollars in the local economy. The ARC establishes St. Lucia as a viable yachting destination, encouraging and causing participants to return as land-based tourist years after their initial visit to the island.

For the record, ARC confirms that when God created St. Lucia, he said “Come let there be yachts!” Every year ARC takes on a St. Lucian flavor while being an extraordinary yachting experience.

AAS: What events or ideas have you put in place from the St Lucia end to enhance the event?

Didier: This year my special emphasis is to create a festive atmosphere at the marina from the day the vessels leave Las Palmas, until every one arrives here. We’re working with fishing villages, body builders, school steel bands etc to create a three week ARC 21st birthday party.

Didier: At least 30% of the ARC visitors return to St. Lucia as land-base tourists or excursionist via yachts. At least 1% of the entrants purchase some sort of accommodation here after the ARC.