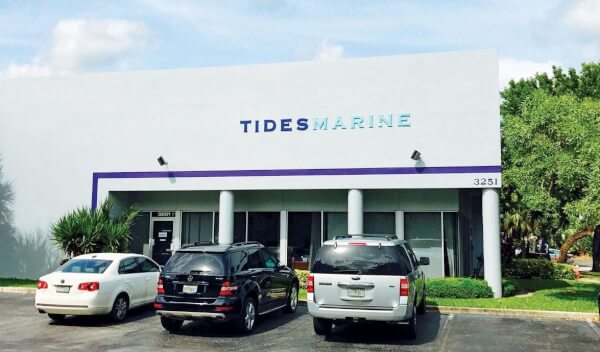 The seeds for the company’s start were sown when Strong, an avid boater and sailor, experienced a failed shaft seal on his own boat. Alternative seals leaked or were difficult to maintain, so he decided he needed to ‘stop the drip’.

“It took us 6 to 8 prototypes but the Tides team produced the first Strong Seal a few months later,” says Strong.

Similarly, Strong’s 42-foot cat ketch sailboat could be sailed by one person but the only hitch was that the sails on both masts were raised and lowered over a 7/8-inch stainless track. This was incredibly difficult for one person to do alone, so again he put the Tides team to the task and ultimately installed the UHMW (ultra-high molecular weight) track system with naval brass slides on his sailboat. The first track systems were brought to market in the early 1990’s and are widely used to this day throughout the world.

“We have many new innovative products on the drawing board,” says Alexandra Bader, president of Tides Marine’s Aqualuma division. “Our goal is to keep our customers and their family and friends, safe and happy while they boat.”