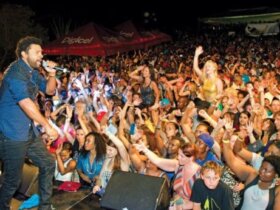 Caribbean Regatta Parties – How Important Are They?

If you have visited the Caribbean and love music then you may have come across Stan and Cora Lojda of Ruffanuff (their band name not their boat name). The Lodjas are a quirky Czech/German couple with husky voices, however, their amazing story is not just about their music but an epic 40-year circumnavigation aboard their floating home, a 1928 British, ex Royal National Lifeboat Institution (RNLI) lifeboat formerly known as the Thomas Markby.

When the Thomas Markby retired from service in the late 1940s, she was converted into a cruising boat by Saunders boatyard in Cowes on the Isle of Wight. Stan bought the boat, now renamed Ambler, and sailed her to the Mediterranean on what would be the start of an incredible voyage. From the Med, the Lojdas went on to circumnavigate via the three southern capes taking their music with them. Stan plays piano and accordion and Cora the sax. Together, and sometimes with friends, they have played boogie-woogie and bluesy-jazz to audiences around the world.

When they set off they had no idea where their journey would take them. With little in terms of cruising guides other than Admiralty pilot books, and lacking experience, they had to learn by reading and talking to the people they met along the way. They shared their duties and learned together.

“It’s amazing how we lived for decades without chandleries –you just worked with what was available,” says Cora.

Stan learned to read the skies for weather and would decide when they should leave. In 1979, they narrowly missed the infamous Fastnet storm, having found shelter in Falmouth harbour on Britain’s south coast. On their first Atlantic crossing they ran out of fuel and were grateful to a Russian tanker for coming to their aid – it was to be their longest passage, taking 39 days from the Canary Islands to Brazil.

When they finally arrived they spent two years absorbing the Brazilian culture. Not one to follow the crowd, Cora had already decided to take the path less travelled.

“Cora is the driving force” says Stan in his raspy voice. “If it were left to me I’d probably still be in Greece”.

They sailed southwards and spent two years in Argentina, mostly in Patagonia finding odd jobs and living on a shoestring budget. Eventually they continued further south, passing the Magellan Straights and on to Cape Horn. They rounded the notorious cape receiving a certificate for their accomplishment from the Chilean Navy along the way. 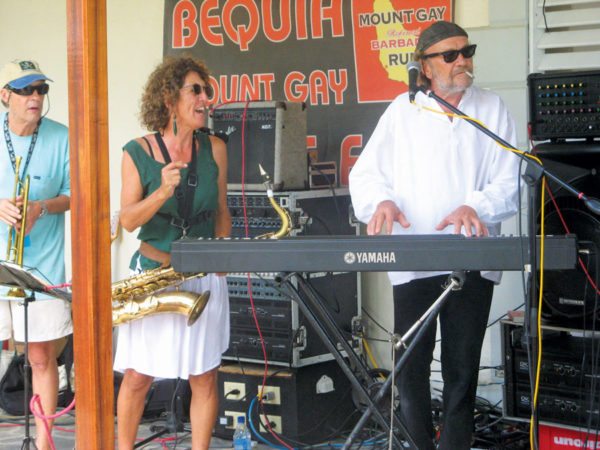 By 1989 they were crossing the far reaches of the Pacific. In Tonga they liked what they found and fell into a small friendly community. With a fish trap under the boat to provide food, they would often wait months for the supply ship to arrive. Stan with his accordion and keyboard started playing at a beach bar owned by a Spanish couple who made paellas in a clay oven. Cora deciding Stan was having too much fun, walked into a music shop on a trip to New Zealand and asked for “any loud instrument!” She walked out with a saxophone. With perseverance Cora learnt to play and soon enough they were playing together. Their music was influenced by the likes of Muddy Waters, Doctor John and Fats Domino. The Crown Prince of Tonga, also a Fats Domino fan, saw them play and a friendship was formed. He would fly them to hotels to play and invited them to his palace for dinner. Tonga was probably their best time; a pivotal spot to which they kept returning and where they started to make a living from music. They spent six years in and around this region with occasional hops to New Zealand, Australia and Vanuatu. In Sydney they were even invited to tie Ambler alongside the maritime museum.

When it was time to move on, Cora, still not following the crowd, decided they would go through the Bass Straits along Australia’s south coast and around Cape Leeuwin. They left Australia for good in 2001 sailing 3300nm, briefly stopping in Mauritius before moving on to Reunion Island, where they stayed a year playing four gigs a week on this friendly, French volcanic island. When they set sail again in 2002 they spent the next few years happily sailing a triangle between Mayotte – a French island in the Indian Ocean, Madagascar and Mozambique performing wherever they went. They dubbed this period ‘The three Magic Ms’ – they enjoyed it so much.

By 2005 they were in Richards Bay, South Africa; this was to be Amblers third cape – the Cape of Good Hope. They spent some time touring Namibia but the crowds didn’t take to their music. Disheartened they took off across the Atlantic once again, this time stopping in St Helena, somehow managing to get their equipment safely ashore in the enormous swells, joining the ranks of the few to have played live music on this remote island.

After nearly 30 years they completed their circumnavigation arriving back in Brazil. Nervous their music wouldn’t be well received, they need not have worried, as audiences loved them. This time they headed north along the coast of South America and on to Martinique. Since then they have played all over the Caribbean including Cuba & Guatemala.

Recently, they found a new boat, a new challenge – a hard decision especially for Stan after all these years.  Ambler is now for sale but Stan and Cora continue to woo the crowds with their upbeat boogie-woogie.

Rosie and her husband Sim Hoggarth have been cruising the Caribbean and North America full time for the past twelve years aboard Wandering Star. Follow their travels at: www.yachtwanderingstar.com