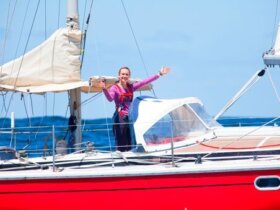 Keeping yachting crimes in perspective, many yachtsmen have enjoyed long careers sailing in the islands without being victimized by crime or run up against minor problems only.

“I’ve have been chartering in the Caribbean – from extreme North to extreme South – for 16 years now and have never had any problems, with a few exceptions,” says Capt. Gordon Monsen, of s/v Liberte, who sited thefts of a motor and some fishing rods. Capt. Brian Johnson, of the s/v Sublime, adds, “In the BVI and USVI, I don’t really worry about boat or personal safety much, although I realize there have been isolated problems, I have never experienced any.”

Here are tips for cruising boats: