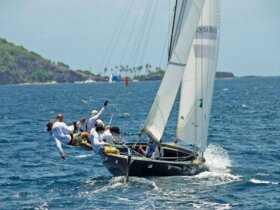 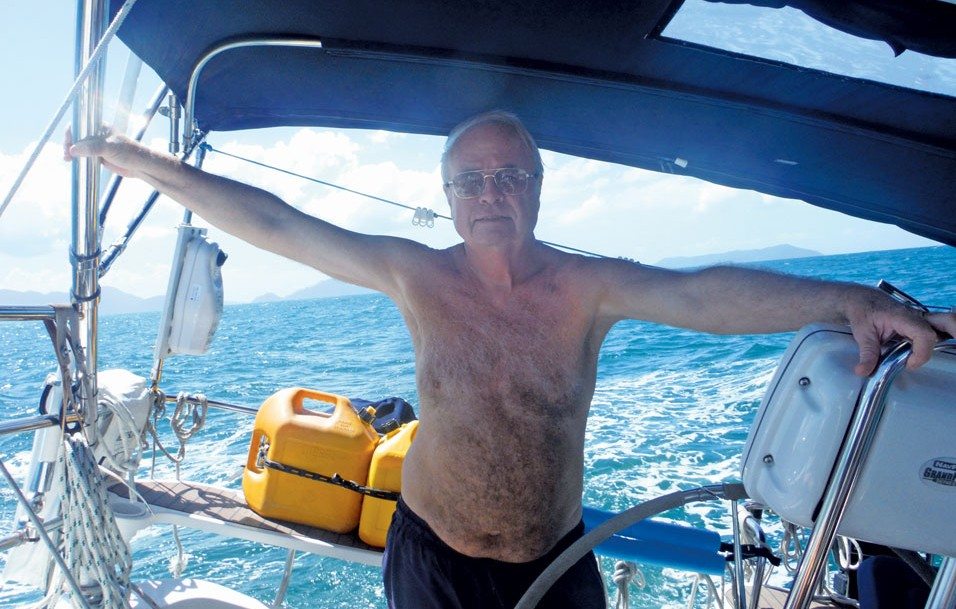 Very soon after arrival, I was sitting at a noisy, mostly outdoor bar with picnic tables in the port town of Hillsborough, our first stop on a tour through the Caribbean’s Windward Islands. By the time I had taken a few gulps of a very cold beer, I let it slip: “The last time I was in Grenada, I was part of an invasion!”

Bar chatter stopped and, after an uneasy period of silence, came a reply from a patron much younger than myself. “Why did you do that, anyway?”

“I don’t know, exactly. It had something to do with Cubans and medical students.”

Forgotten by many, the United States and a few Caribbean allies had indeed invaded this sleepy Caribbean island nation a few decades ago. I was there and now I was back.

My return to Grenada began in February 2015, with a flight to Trinidad, becoming a third crew for friends beginning their homeward voyage to Florida aboard their Hunter 38. The return voyage would see most of the great arc of Caribbean Islands, which starts with Aruba, proceeds east along the South American coast, turns northward nine miles from Venezuela at Trinidad, works its way through the Windward and Leeward Islands, and finally turns west through the Virgin Islands, Puerto Rico and Hispaniola. The eastern Trade Winds generally provide a lee sea on the Caribbean side of the island chain, except in the gaps between the islands, some of which are long and notorious, where Atlantic sailing conditions prevail. Soon settled aboard, “weather delay” became the operative phrase for the next eleven days! Waiting in Trinidad is more than tolerable, as the island’s famous Carnival, and a side trip to Tobago provided enjoyable diversions. Word for departure finally came and I scampered back to the boat for final preparations. We departed on a sunny windy day, optimistic that our weather guesser was close to right.

We left Chaguaramas and headed north into the open sea. We had little time to enjoy the big island’s lee and soon we had six foot seas and 25 knots of ENE wind. Fortunately, Grenada lay slightly northwest of Trinidad giving us a better angle on the wind than what we would have on later trips. It was a rambunctious, but totally enjoyable sail. Passing Grenada’s southwestern tip in the pre-dawn hours, we continued north along the western shore to its northern island of Carriacou. We arrived at Hillsborough Bay at mid-morning and anchored near the ferry dock. After clearing customs, it was time to explore town, have a cold beer or two, and, as it turned out, talk a little history.

In October 1983, I was a Lieutenant Commander assigned to the U.S. Atlantic Fleet staff with temporary duty aboard the 1070 foot aircraft carrier, USS Independence. I had two old shipmates aboard; the ship’s commanding officer, Captain William ‘Doc’ Dougherty, and Commander Les Kappel, executive officer of Attack Squadron 15. Leaving Norfolk, Indy was headed to the Mediterranean, but, little did we know, a big turn to starboard was in our future. In a recent interview, now retired Vice Admiral Dougherty said that he received the change in orders after departure, for a time keeping the news to a needed few. Very early the first morning, crew members discovered the sun rising over the port catwalk. It was a clear astronomical declaration: We weren’t headed to the Med!

Codenamed Operation Urgent Fury, the invasion began early on October 25 1983. The United States and several Caribbean allies had been concerned about the leftist government of Prime Minister Maurice Bishop and Grenada’s close association with Cuba. Gaining independence from the United Kingdom in 1974, Grenada remained a part of the British Commonwealth. Bishop seized power in 1979 and established a socialist regime, but was murdered in 1983 and replaced by a military council. Alarmed, the Organization of Eastern Caribbean States (OECS), appealed to the United States for assistance. The invasion occurred nine days after Bishop’s murder. Also of concern was the planned rescue by Army Rangers of nearly a thousand American medical students on the island, many of whom later doubted that they needed rescue. Within a few days, resistance melted and the island was again peaceful. Our forces went home in December as a new government took power. October 25 is ‘Thanksgiving Day’ in Grenada, a celebration of a new national beginning. The country remains free and democratic, with close ties to both the United States and Cuba.

Refreshed and with the brief history discussion over, I explored the rest of vibrant Hillsborough Town and then caught a taxi to Tyrell Bay, a picturesque and protected yachting hot spot. It’s a delightful place and I’d have loved a few more days in Grenada. But, the weather was good, Florida was still a long way off, and it was time to push on. Next stop: Bequia in the Grenadines.

Author’s note: Many thanks to Vice Admiral William ‘A-Doc’ Dougherty and Captain Les Kappel for their help with this article.

Captain Fred Braman lives in Fleming Island, Florida and is the author of ‘Too Old Not to Go’ – a chronicle of his single-handed voyage through the Bahamas, available at Amazon.