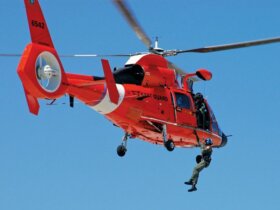 Nestled on a pine and oak covered bluff overlooking the Gulf Islands of the Mississippi Sound, Ocean Springs MS is an arts and fishing community rapidly transforming into a town filled with a vibrant music and culinary scene – what many are beginning to call the Austin of coastal Mississippi. Mostly spared from the devastation of Hurricane Katrina in 2005, Ocean Springs is at the vanguard of a resurgence on the Mississippi coast.

Founded in 1699 as the first permanent French settlement in Mississippi, and home to the legacy of artist Walter Anderson and Shearwater Pottery, the revival of Ocean Springs is evident, as side hall cottages renovate and quaint downtown galleries and restaurants open on what seems a monthly basis. This is a town defined by water, home to shrimpers, oystermen and charter captains who ply some of the most bountiful fisheries in North America.

The ICW skirts directly south of the coast in the open waters of the Mississippi Sound. The  sandy barrier islands bordering the sound form the geographic distinction between it and the deep waters of the Gulf of Mexico. Completely undeveloped, this island chain is part of the Gulf Islands National Seashore which extends into the panhandle of Florida and is a forgotten cruising ground on this stretch of the Gulf Coast.

The 178-slip, fully reconstructed Ocean Springs Small Craft Harbor joins a long line of over 1,000 slips rebuilt or under construction in marinas along the Mississippi coast. Readily accepting transients, the harbor is near capacity and is adjacent to the public beaches and fishing piers. Down the beachfront lies the Ocean Springs Yacht Club (OSYC), members of which often provide the best local knowledge in town. Having found a niche as a major Hobie Cat racing club, OSYC is as welcoming as they come, to transient boaters. Settle in at the bar and remember that this is the Deep South where hospitality and good cooking are as natural as breathing.

Only a few blocks north of the marina is Government Street, the heart of this small town’s exploding restaurant and nightlife scene. With a strong preservationist movement, Ocean Springs has retained much of its character and characters. The town was showcased on the Food Network by the series that followed the exploits of The Shed BBQ, but locals will dutifully explain over a Southern Pecan Ale that most of what you see on television is not reality.

The Government Street Grocery has become the de facto center of great food and a late night music scene. Enjoy their courtyard for lunch and make plans to return later in the evening. Over cocktails at Kwitzky’s, chart out your excursions to the quiet sugar sand islands that lie between 7 to 12 miles offshore and, before you head out in the morning, grab a coffee and a few dozen doughnuts from the legendary Tato-Nuts – expect a line.

There are five islands off the Mississippi Coast awaiting exploration – Cat, Ship, Horn, Sand and Petit Bois. Due south of Ocean Springs is Horn Island, made famous by the paintings of Walter Anderson which are held in the Smithsonian. Horn is a long and narrow sandy spit of land populated by a multitude of seabird species and interior brackish ponds known to house redfish and alligators. The dunes easily rise 15’ and the southern shore crashes with the Gulf of Mexico along her 12 miles of beaches. The western shore of Horn has a well protected anchorage, but many will argue that eastern Horn is the most spectacular.

A short run to the west lies Ship Island, another perfect day cruise from Ocean Springs. Split in two by Hurricane Camille in 1969, East and West Ship Islands are set to be rejoined by the Army Corps of Engineers. Ship Island hosts a massive fortress constructed before the Civil War and eventually conquered by the North, then used to contain Confederate prisoners of war. These islands and their deep water access have historically been used as a marshalling ground for armies and navies with designs on nearby New Orleans. The British failed in the War of 1812, but the Yankees succeeded in 1862. Fort Massachusetts, as it is still known today, is hugely popular, with ferries running daily from the coast.

Ocean Springs is a quaint moss-draped town in the midst of re-discovery as a leader, on a coast still looking for an identity nearly a decade after a major hurricane. The town’s architecture, history and connection to these undiscovered cruising grounds are perfect reasons to learn first-hand that indeed the Gulf Coast does not end at the Florida state line.