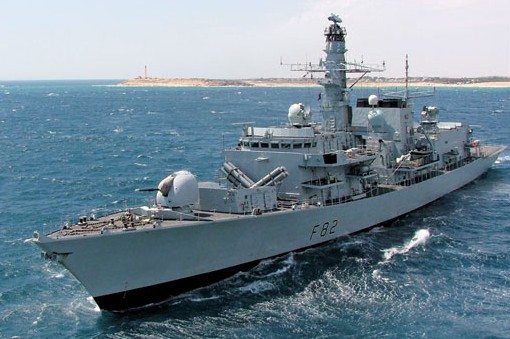 I was enthralled by the traditions of the sea long before I ever set foot on a boat. As a kid, and on being asked what I wanted for Christmas or a birthday, I would always ask for books about ships and the sea. And I usually got them.

I was very ill as a child and missed a lot of school. During those long absences from the class room, I put together old hand-me-down jigsaw puzzles, over and over again – wooden puzzles and cardboard puzzles, with thousands of pieces. I wouldn’t do puzzles of pretty flowers or horses, they had to be of ships and boats or they remained in the box.

By the time I was ten, I knew so much about sailing ships, freighters, colliers and liners that my friends teased me and even their parents said I was weird. It was no good asking me to join in a game of pirates, I was a pirate!

When I finally went to sea, I was keen to put my love of tradition to practical use and was shocked to find how much of our seafaring tradition had been lost. Yachtsmen prided themselves on maintaining those traditions well into the 1960s and I was a little too late. You couldn’t blame my fellow crewmen for not appreciating the noise I produced singing sea shanties while accompanying myself on the squeezebox. But in turn, I was equally horrified by their inability to tie a sheepshank, turn out a handsome star knot or scull a boat with one oar.

As I grew older and sailed more, so my love of tradition faded and almost went out.

Then came the incident with the warship.

We were sailing south down the coast of Portugal. It was a gentle summer’s day. I had the tiller and my wife Jan was reading in the cockpit when a Portuguese warship hove into view. The ship, a frigate, came up astern and overtook us on the port side. Our boat was 23ft long and weight 3.5 tons. The warship was all of 400ft and weighed around 45,000 tons, plus she had guns, big ones.

I noticed men on the frigate’s wing-bridge studying us through their binoculars.

The warship was about 300 yards off and slowly pulling ahead when I asked Jan to step onto the aft deck and lower our ensign.

“Because we’re following tradition,” I replied.

Jan closed her book and went to the stern. Our Red Ensign, about the size of a tea-towel, was lashed to the backstay with rolling hitches and she reached up and slid it down.

It was a long wait. Jan got bored and began to complain. I had all but given up hope and was beginning to despair. Then the magic happened. The bridge door on the warship flew open and a sailor leapt out. He ran the length of the bridge, pounded down two flights of stairs to the deck and sprinted aft. At the stern, he stood to attention, then lowered the enormous Portuguese Ensign halfway down the flagstaff and saluted us.

I was almost in tears.

“What do I do now?” she stuttered.

“Wait until he starts to re-hoist his ensign and then shove ours up the backstay.”

By now everyone on the ship was cheering and waving. It was wonderful.

The frigate pulled slowly ahead and disappeared into the haze. An age-old tradition was alive and well and we were part of it. I have no way of knowing whether the junior officer ordered to sprint the length of the ship to dip the ensign to a tiny British yacht, felt the same way, yet somehow, I believe he did.

Gary Brownhttp://garyebrown.net
Gary E. Brown is the Editorial Director of All At Sea Caribbean. He is a presenter on Island 92, 91.9 FM, St. Maarten, and the author of the thriller/sailing adventure Caribbean High. For more information, visit: garyebrown.net
RELATED ARTICLES
Cruise