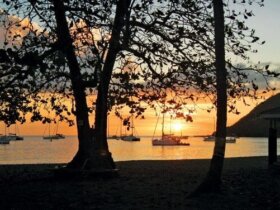 When I purchased my new computer, I went out of my way to get the newest, latest and greatest. What a mistake. Once back to the boat the problems started to surface. So far, I have figured out that the versions of charting software and SSB email interface program I own are not compatible with Windows 7. Can I go back to Windows XP? Or should I just return the computer and start over? – Don Comunius

This is quite a common problem when upgrading operating systems. Some older programs are not compatible with newer operating systems and simply will not install, while others may install but will later give errors when specific functions or devices are used. Historically, this is one of the largest headaches to get over when upgrading computers but not purchasing all new software at the same time.

Without knowing the exact versions of operating systems before and after your upgrade, I can only make two recommendations that I know will work across the board. Both of these solutions hinge around technology called virtualization; this means that your new operating system, Windows 7, will run a virtual instance of your older operating system or possibly the whole older computer you had inside of it. Sounds complicated? Stay with me, it's not that bad.

You can imagine virtualization as running a computer within a computer. The physical computer is simply emulating the required hardware for the virtual computer using software, then passing through the data to the host (your new physical computer) for USB, serial, and other external devices. Using virtualization tools, one can run multiple operating systems within a single Windows instance. Generally these secondary systems will look just like another program window on your desktop, but … within that program window is a whole second operating system desktop that you can interact with. Sounds powerful? It is.

One popular virtualization software provider is VMware; they produce a complete tool set for virtualization which can be found on their web site. (A free open source alternative called VirtualBox also may be able to get your job done, although the feature set may be slightly behind the capabilities offered by the paid software.) VMware makes tools that will convert your previous windows XP computer to an "image" and then run that image on your new Windows 7 computer as a virtual machine. In short, you would want to use VMware Converter to make the physical to virtual (P2V) conversion of your old XP machine, and then run that new virtual machine on your new computer using VMware Player.

Once you have converted and got your old machine running as a virtual machine on your new computer, you will be free to user your virtual instance of the old computer just as it was before you bought the new one. Yes, all of your software will be there and installed as it was on the old machine.

The benefits of virtualization are numerous; the most obvious is allowing users to run multiple operating systems at a single time without the need for multiple physical computers or the need to reboot constantly.

Don, used correctly one of these two solutions can get your incompatible software back in service. If I were in your shoes, I would try to go the VMware converter route converting your entire old machine; this will afford you the most flexibility going forward bringing your charting and SSB software over automatically. Give it a try – you'll be up and running quickly!

GOT PROBLEMS? – send your questions to [email protected]

Dustin Norlund has lived aboard his Hylas 49 sailing extensively in the Caribbean and Central America. His career started in mechanical engineering and airline operations and he also worked in the marine electric and electronics trade. Recently he has been involved in IT and software solutions. [email protected].