Crossing the Atlantic from west to east, Horta, on the island of Faial, has almost become a mandatory stopover for yachtsmen and other seafarers; a mid-way, safe, inexpensive and useful port offering respite from the oceanic hardships and welcome repair for boats and men alike.

Aside from the beautiful landscapes, the temperate yet somewhat unpredictable climate, the ever present whales and dolphins, there’s something else about Horta that you can only discover if you take some time to see, listen and most of all, feel. It’s the spirit of the port.

Most port towns have their own character but Faial’s is quite unique and it derives from the island’s history and geographical position and, in a significant way, from the mix of people who decided to come and live on a tiny spec of land in the middle of the vast Atlantic.

The melting pot started with the first Flemish settlers in the late 15th century creating, in a place that was then the ‘World’s End’, a lucrative export of textile dye. It continued with the Portuguese fleets returning from India, and later the Spanish galleons filled to the brim with South-American gold and Caribbean spices. The first intercontinental submarine communication cables saw an influx of German and British nationals and the giant transatlantic Clipper seaplanes brought Americans to the island. All of these visitors, many of whom stayed, added their own language, customs and world view to the diverse canvas of Faial’s life and culture.

Crossing to the Azores

With a safe and large harbour, mid-way between Europe and America, and a multicultural and peaceful community, it was only natural that many sailors and yachtsmen made Horta their regular port of call, and thus seafarers made, and continue to make, a lasting impression on the island.

This seafaring heritage can be seen in the thousands of paintings that cover all of the Marina’s walls, each one marking the passage of a boat, a safe arrival and a hope for future good winds and calm seas. A custom that has evolved into a mandatory superstition that no seaman dares to defy, and those paintings now feature on the most popular postcards of Faial.

Unlike other European ports, there is no physical barrier between the marina and the adjoining streets. Like a seasonal tide, activities at the port occasionally spill over into the town with yachtsmen and other seafarers filling up the shops and bars and visiting the local festivities around the island. The town repays in kind with the biggest festival on the island, Semana do Mar (Sea Week), which takes place just above the marina and celebrates this ancient – but very much alive – relationship between sea and land, port and town, sailors and shore dwellers, locals and foreigners. In the ruckus of that August week it’s hard to tell them apart, underlining how little actually separates one world from the other.

Faial has the highest percentage of foreign residents of all of the Azores, a great part of them sailors that, for whatever reason, decided to stay on the island instead of continuing their voyages. They are an inescapable part of the spirit of this port. People who brought the world with them to Faial, connect the island to all the other places where they lived and worked, adding something new to this Azorean, Portuguese ocean speck, sowing the seeds of a far-reaching, diverse, Atlantic community.

People aren’t that different and it’s only a short 2000nm sail from the northern Caribbean to here. We’re practically neighbours! 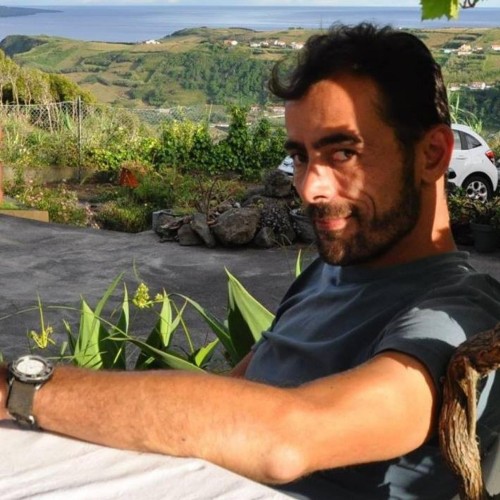