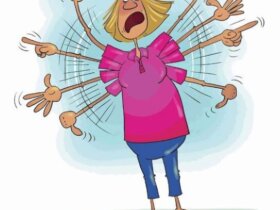 Knowing When to Keep Quiet

On July 14, a young, emaciated and dehydrated pilot whale stranded himself on the south coast of Curacao. The reason why this 10-foot long whale felt so bad as to leave his group is still unknown.

The recently established Southern Caribbean Cetacean Network (SCCN) immediately took care of the marine mammal, which was too weak and tired to swim on his own. With the help of an entire emergency team, headed by the well known dolphin trainer George Kieffer and supported by the staff of the Curacao Sea Aquarium, the Dolphin Academy, volunteers, vets and other specialists, the whale became more active and healthier by the day during the month following the stranding.

Because the whale chose the populated Jan Thiel Beach for his forced stay, many tourists could follow the progress and even participate in the 24/7 whale watching.

From the beginning, the goal was to get the wild animal ready to join a passing group of his own kind, bringing him back to where he belongs.
With this in mind, the whale was never officially given a name. When it looked as though the whale was really going to make it, George Kieffer and his crew trained the whale in following a boat, with the purpose to guide him out to sea when the time has come.

When All At Sea went to press, the whale was still in his private pool in the sheltered bay created by floating docks, in between swimming and sunbathing tourists from all over the world. Both seemed to enjoy each other’s presence.

The SCCN volunteers have been assisted by local and international sponsors and businesses that provided the food (fluids, herring and squid) and a helping hand. After a month, the whale has gotten stronger, responding well to all treatments and putting on weight.

There was continuous contact with SCCN members and experts Dr. John Reynolds and Dr. Dana Wetzel in the US, who both work for Mote Marine Laboratory in Florida and are well known researchers of wild whales and dolphins.

The SCCN foundation has only been in existence since April 2009 and coincidentally is working on organizing a marine mammal stranding response workshop for the Dutch Caribbean islands. This workshop will likely take place in the last week of October on Curacao. Research and results will broaden our knowledge of these extraordinary creatures, necessary information to effectively protect them.

More information can be found on the SCCN website: www.sccnetwork.org