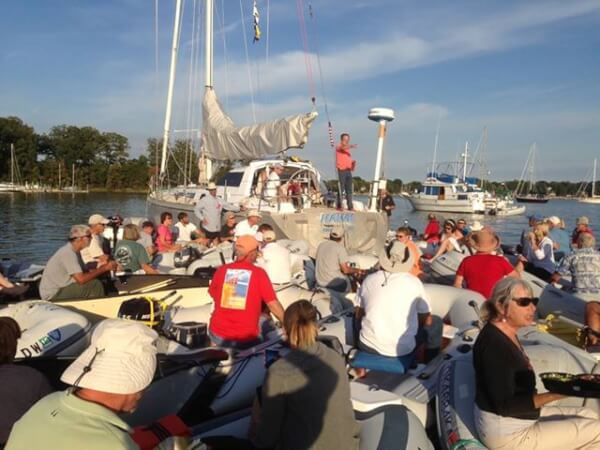 The 31st Annual Seven Seas Cruising Association Annapolis Gam is scheduled for September 22nd -24th. In days of old, when whaling ships encountered one another in calm seas they would heave to and the crew would line up at the railing to shout news across the water. This was called a gam.

An SSCA Gam is a get-together of members and fellow cruisers, with an emphasis on camaraderie and the sharing of cruising information.  Weather permitting, the Annapolis Gam begins on the water with a dinghy raft-up the Friday evening, before gam registration starts on Saturday.  At the raft-up, snacks and information are shared among cruisers tied together in a pod of dinghies. The following two days will be filled with speakers and demonstrations including a Saturday evening dinner and a keynote address by Donna Lange, who has completed two solo circumnavigations aboard her Southern Cross 28—S/V Inspired Sanity.

This gam is one of SSCA’s largest.  Expect seminars on weather, boat projects, and cruising destinations, a marine flea market, raffle, dinner and dance party with The Eastport Oyster Boys. Like all SSCA gams, the Annapolis gam is open to non-members, providing cruisers of all abilities the opportunity to meet with those who have extensive experience.

In addition to Donna Lange as key-note, speakers will also include Monty and Sara Lewis on sailing the Bahamas and Turks and Caicos and Matt Rutherford on cruising the Arctic. Lin Pardey will give sage advice on keeping relationships working well afloat, while David Skolnick will provide guidance on selecting crew.  Folks interested in how-to seminars will benefit from marine meteorologist Lee Chesneau, diesel mechanic Aric Euler, and air conditioning expert Bryan Marshall.  New and experienced cruisers will enjoy a panel on rallies led by Sherry & Dave McCampbell who sailed on Indonesia rallies. Ham radio exams will be offered.

There is a registration fee to attend, and cruisers may arrive by vessel or land vehicle.  For more information, go to www.ssca.org and click on the quick link for the Annapolis Gam.

Seven Seas Cruising Association is the oldest and largest worldwide organization supporting the liveaboard and cruising lifestyle. SSCA celebrates its 65th Anniversary in 2017. Founded in 1952 by six liveaboard couples in California and now with members worldwide, today’s SSCA remains true to the traditions of its original members—sharing cruising information, fostering camaraderie, and leaving a clean wake. 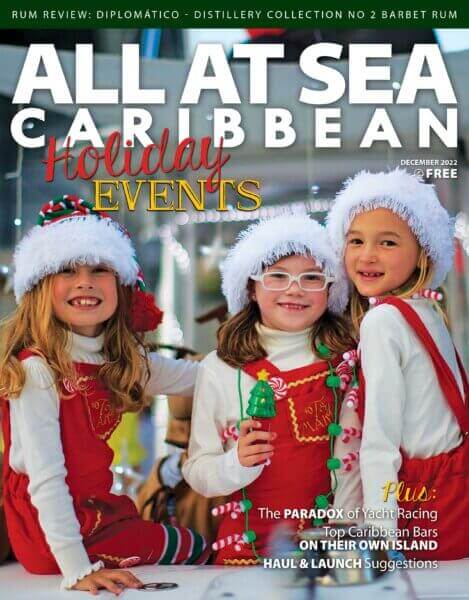