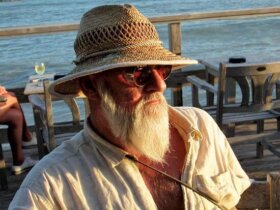 A “new kid on the block” generally has to earn the respect of those who have long ruled the neighborhood.Â  In the case of the Les Voiles de St. Barth, it took only one runningâ€”its debut in 2010–for the regatta to become a fixture for American sailors who compete on the multi-event Caribbean racing circuit, which entices teams from all over the world to spend part, or all, of the winter season sailing in paradise.

For the 2011 edition of the Les Voiles de St. Barth, scheduled for April 4 – 9, two U.S. teamsâ€”Â Vesper/Team MoneypennyÂ andÂ Rambler 100â€”will headline.Â  Each epitomizes a level of player commitment not unlike that commanded by other serious team sports where motivation is key and the ability to work together over a long period of time increases the chance of success.

“We participated in the inaugural Les Voiles de St. Barth and knew immediately we would return for 2011; we will have many of the same crew we had last time,” said Jim Swartz (Park City, Utah), a venture capitalist who has been circling the globe for years seeking new adventures aboard his various yachts namedÂ Moneypenny.Â Â His latest acquisition, a TP52 (formerly namedÂ Quantum Racing,Â which was the 2010 TP52 world champion), replaces his 2010 entry, the Swan 601Â Moneypenny,Â and will have aboard it some of the world’s finest sailors, including Gavin Brady, Ben Beer, Jamie Gale, Brett Jones, Ken Keefe, Matt Waikowicz, and Swartz himself, who, as he always does, will take the helm.

“The boat is currently in Florida, having modifications made to it, which will take it out of its current one-design configuration, and we’ll have our first serious race week with it at the Miami Grand Prix in March; then it’s on to St. Barth,” said Swartz, explaining that the “Vesper” in the new boat name refers to James Bond’sÂ true love, the double agent Vesper Lynd, who also inspired the Vesper Martini.Â  (Bond fans should know Swartz also campaigns a Melges 32 namedÂ Q.)

“We look forward to racing against any boats in the 50-foot range that are put in our class at Les Voiles, but especially, we want to match up against other TP52s,” Swartz added as a challenge to owners.Â  “For me, the island of St. Barth is the number one location in the Caribbean…French food, French wine, and everyone is friendly.Â  The Race Committee does a good job and the organizers put on a fabulous show.”

According to project manager Mick Harvey, Rambler 100, likeÂ Vesper/Moneypenny, is undergoing modifications, “to bring it up to speed as an IRC racer as well as an all-around record breaker.”Â  The principal 2011 campaign goal forRambler 100Â is the Atlantic Ocean Racing Series and its main element, the Transatlantic Race 2011.

“These are all distance races with a fair amount of heavy-air reaching where we expect the boat to excel,” said David.Â  “Les Voiles de St. Barth will be our short-course racing in 2011, and there isn’t a better place anywhere for that – great weather, a vertical island with views, challenging wind shifts, nice people…the best.”Â  David explained that Les Voiles de St. Barth sometimes incorporates shorter legs into its coastal courses that run anywhere from 6 – 42 miles (though with the intent that no race is more than four hours).Â  “Even with all of its hydraulics, this boat will be a handful to get around the island’s courses in big breezes,” he added.

Rambler 100, a canting keel Juan Kouyoumdjian (Juan K) design, is as powerful as they come.Â  “With a 145′ (44.3 metre) rig and a sail plan this big there’s no room for error,” said David.Â  “We had some five-minute legs in the 2010 Les Voiles de St. Barth, and tight course racing with a boat this big is where it all comes together.”

As they did in 2007, Ken Read and members of his Puma Ocean Racing team will be joining David aboardÂ Rambler 100Â for its first few events in 2011.Â  Read’s Volvo 70Â Mar MostroÂ (another Juan K design) is building now for launch in April and entry in the 2011-12 Volvo Ocean Race.Â “Rambler 100Â is a Volvo 70 on steroids,” said Read.Â  “How better to get ready for a race around the world.”

Logistics, such as shipping boats and equipment and arranging schedules for travel, are also part of the “game” of sailing, and the organizers of Les Voiles de St. Barth have decided to add the role of concierge to their duties in order to make it easier for owners and crews.

“We leave no stone unturned in offering five-star service,” said Annelisa Gee, one of the event’s organizers who meets with her committee every two weeks to think of new ways to add value to the competitor experience.Â  “Beyond the incredible reception from the island, with live entertainment every night andÂ  food and wine on the docks when the day is done, we help plan a competitor’s stay, from renting villas to hiring cars. Careful attention is also given to every boat, so that they end up in a class that is super competitiveâ€”this is very important to the teams who make the effort to come here.”

Gee added that the prizes are exceptional and include a week’s stay at a luxury villa in St. Barthâ€”offered by WIMCO and Sibarth–for each winner of the Racing, Racing/Cruising, Classic, and Racing Multihull classes. The winner of the Super-Maxi Yacht class, which last year was George David aboardÂ Rambler, will be awarded a Richard Mille 028 special edition Les Voiles de St. Barth watch by principal sponsor Richard Mille.

“April 4 – 9 is the shoulder season in the Caribbean, right after the high season, and the island is all about sailing and the Les Voiles de St. Barth for that one week,” said Gee.