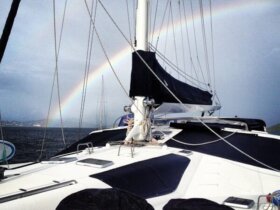 ‘Black Bart’ Roberts, another well-dressed pirated of his time, racked up a lot of success in his two or so years plundering hundreds of ships. Revered by his crew and feared by everyone else, he was renowned for his bloodthirsty methods of torture.

‘Black Sam’ Bellamy set up base in Trellis Bay in the BVIs and ransacked over 50 ships.

Not all pirates were as brutal and bloodthirsty; ‘Red Leg’ Greaves was a pirate of a different nature. Suffering at the cruel hands of a captain on whose ship he had stowed away as a young boy, Greaves became a proficient pirate. He later quarrelled with the captain who ended up dead.  The crew quickly elected Greaves their new leader.  Although ships were still captured and plundered, slaves and prisoners were treated fairly.  Greaves amassed enough of a fortune to buy a plantation in Nevis.  But being a pirate there was a bounty on his head and he was sentenced to hang in Port Royal, Jamaica. As luck would have it an earthquake shook the island and Greaves was one of the few who managed to escape. Allegedly, he lived out his days on his plantation doing good deeds.

These are just a few of the more colourful characters that roamed the high seas and ransacked the Caribbean. Myth, folklore and Hollywood have twisted their tales and turned these fearsome fellows into glamorous legends of a bygone era – a far cry from the bloodcurdling reality.