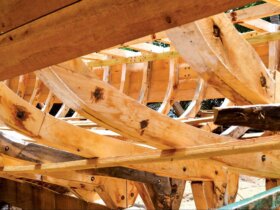 Carriacou Regatta: The Tradition Lives On

Caribbean sailors have long known that competing in a series offers yet another way for skippers and crews to prove their prowess on the seas. After all, it was in the early 1980s that the Caribbean Ocean Racing Triangle (C.O.R.T.) Series got its start, as a trio of events between Puerto Rico, the British Virgin Islands and the U.S. Virgin Islands. It was first known as the ‘Friendship Series’. For a short period of time after this, C.O.R.T. became C.O.R.Q., or the Caribbean Ocean Racing Quadrangle, with the fourth leg being Antigua Sailing Week. This lasted only a few years before the series became exclusively a northern Caribbean event again.

A TRIO OF EVENTS

Julie San Martin, director of the St. Croix International Regatta, says, “We are excited about being a part of the C.O.R.T. series and about being the first event.  You must sign up at the St. Croix regatta. Boats that, for some reason, do not physically compete in all three regattas will be awarded points equal to the number of registered boats in their class, plus two, according to 2006 C.O.R.T. rules.”

The registration fee, says Angel Ayala, director of the Heineken Culebra International Regatta, “remains at $50 this year.” Upon sign-up, C.O.R.T. competitors will receive a skipper’s bag and long-sleeved T-shirt emblazoned with the names and dates of each of the series’ events. “The long-sleeves are due to popular demand,” he says.

Skippers can enter one of several classes.  “As in past years, we expect to have entrants in Racing, Racer/Cruiser, Performance Cruiser and IC-24. We’ll have Jib & Main if we get a minimum of three entries,” Ayala notes.

C.O.R.T. organizers are again speaking with past sponsor, Sebago, about coming in as sponsor again this year and anteing up the prizes. Prize giving will take place at the conclusion of the last C.O.R.T. event, the BVI Spring Regatta & Sailing Festival.

Bob Phillips, director of the BVI regatta, says, “We may try to hold the C.O.R.T. awards as a separate ceremony before the main Spring Regatta awards to give it more significance.”

St. Croix, February 9 – 11:
The St. Croix International Regatta boasts a new date, February 9 to 11, or one-week earlier than the traditional President’s Day weekend. “We’ll serve our visiting sailors even better this year,” says San Martin, who notes that airline seats, hotel rooms, rental cars, taxis and other services will now be readily available. A shortage of these amenities has been problematic in past years when St. Croix played host to several major events simultaneously over Presidents Weekend, the former regatta time slot.

Over 30 sleek-sailing yachts from throughout the Caribbean and U.S. mainland are expected to set sail off the north shore of St. Croix, with the most competitive yachts vying for their skipper’s weight in Cruzan Rum – the signature and highly sought-after top prize at this event.

Held out of the St. Croix Yacht Club in Teague Bay, the regatta offers classes that include one design IC/24, Racers, Racer/Cruisers, Performance Cruisers and both Beach Cat and larger Multihulls. In fact, second only to the St. Maarten Heineken Regatta is the keen amount and caliber of large multihull action. St. Croix has been home to multihull boat building, and racing, since the 1960s.

Like last year, there will again be a simultaneously held two-day Optimist Regatta for kids age 15 and under.

Round-the-buoy courses will be set in the channel between St. Croix’s north shore and Buck Island for the racing and cruising classes, while the ICs and Optis will have their own course areas set inside the reef for truly three rings of racing action.

Unlike some of the bigger regattas, a small friendly feel hallmarks this one. There are no bareboats or professionally crewed race boats for hire; all entrants are privately owned mid-size to smaller boats.

Culebra, March 15 – 17:
Now in its third year and hosted for the first time by the newly formed International Regatta Club, the Heineken Culebra International Regatta is set for March 9 to 11 and will again be hosted out of the now fully-open 164-room Costa Bonita Resort. This second leg in the C.O.R.T. series will feature a first time Snipe class, a bigger native boat (Chalana) class, an Optimist and Laser regatta for kids and teens, and traditional Racer, Racer/Cruiser, Cruising and multihull classes.

“Due to popular demand, we may bring back an around-the-island race,” says Ayala.  Another new feature this year is a regatta village with food booths manned by some of the best restaurants in town such as Mamacita’s and the Dinghy Dock.

British Virgin Islands, March 27 – April 1:
Dare to be different seems to be the mantra of BVI Spring Regatta & Sailing Festival organizers and this year again they won’t disappoint.
Phillips says, “We’re inviting sailors to sit on the judge’s side of the table in the protest room this year.”

This year’s event will involve sailors in the protest process by asking each skipper at registration if there is someone on board who is conversant enough with the Rules to serve on a Protest Committee. “We will have enough IJ’s for a full International Jury if one is needed, as would be the case where liability or injury is involved, and to hear any appeals arising from decisions of the Protest Committee,” Phillips says, “The first stop for adjudication will be four sailors and one IJ sitting as a Protest Committee.”