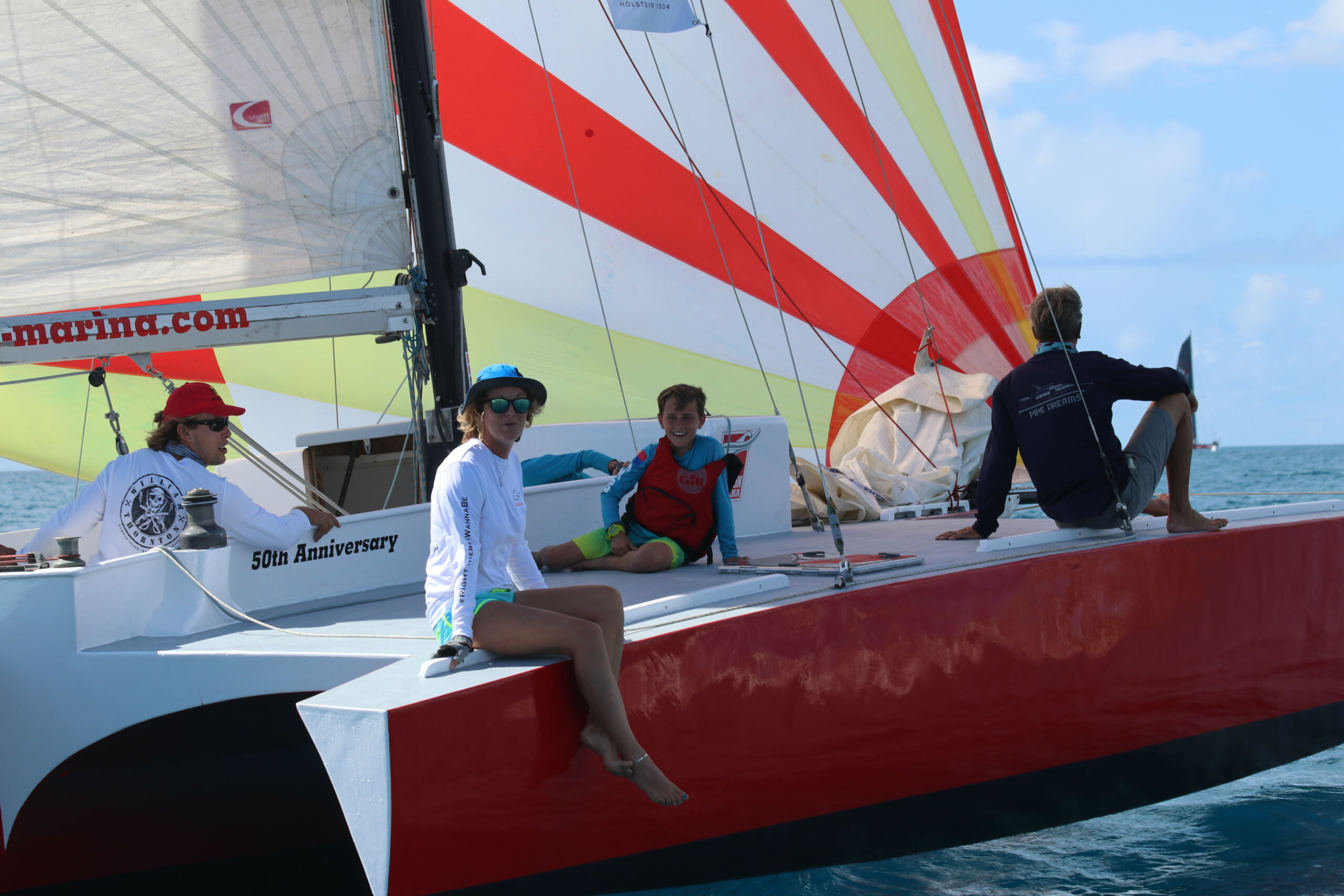 Looking Back and Looking Ahead: Lessons Learned from the First Annual Caribbean Multihull Challenge

Last year’s winner proved itself a true champion, as Proteus, the Maxi 72 owned by Ameresco CEO George Sakellaris, once again sailed into first place at Les Voiles de Saint-Barth. The race conditions were challenging during the week of April 10-15, for the 8th edition of this leading nautical event, which matures a little more each year. The winds were lighter than anticipated, and by Saturday, the last day of the regatta, the wind had died down to less than two knots, causing the organizers to cancel all racing. In consequence the results from the first three days of racing became final.

Designed by Vrotijk and built by Persico shipyard, Proteus has won the RORC Caribbean 600 Trophy twice, and fared well in a close battle at Les Voiles de Saint Barth in 2016, with victory snatched at the last tack of the last race. Proteus returned this year with the goal of regaining the title, and did exactly that. Expecting a serious challenge from Bella Mente, the other Maxi 72 in the fleet, Proteus finished with a solid three-point lead over second-place finisher Prospector, with SFS in third place for both overall and Maxi 1 class wins; Bella Mente falling a bit short in fourth place

With 66 boats and over 1,000 sailors-from America’s Cup veterans to Olympic medalists—the town of Gustavia had a festive ambiance for the entire week. While behind the scenes, the race committee, the Port of Gustavia, and a fleet of volunteers worked hard, putting in endless hours, to ensure the success of this top Caribbean regatta.

As Bruno Magras, president of Saint Barth puts it: “In addition to the nautical aspect of the event, there is also the economic impact. Les Voiles brings approximately two thousand people from many different countries to the island for a week to ten days. This is not only good for the island, but also for the participants who can discover the Caribbean, and in particular the great sailing in Saint Barthélemy. Long live Les Voiles!”