From mixing and mingling with yacht enthusiasts to the latest and greatest in water, a Boat Showis a thing of beauty. “Press photos mean pictures of us on yachts, having a good time…at the end of the day, it’s pretty hard to complain,” shares Jacqui Bomar of JBM and Associates, producers of the upcoming 2016 Wilmington Boat Show. “What I love about this line of work? It’s hard to be depressed at a Boat Show!”

Based out of Greenville, South Carolina, JBM and Associates are seasoned veterans of the Boat Show business;  Bomar herself has been producing events since the 90’s. “Boat Shows can be a pretty big labor of love,” says Bomar, who also launched the Fort Lauderdale Convention Center, in 1990. “I definitely have this passion for start-ups,” she says, with a laugh.

And from the very beginning, Bomar set her sights on Wilmington.

“I actually bought the domain (www.wilmingtonboatshow.com) about 10 years ago, knowing I wanted to produce this kind of event in Wilmington. What a great location in the Southeast and a fabulous opportunity for a Boat Show!”

JBM and Associates have signed a 5-year contract with Port City Marina to produce this show, and the vision keeps expanding: they envision utilizing not only the Convention Center and Pier 33 and the Marina, but also extending to the 7-acre City Park.

“Dealers kept saying: ‘You have to do a Boat Show in Wilmington!’ I’d heard about Port City Marina, and I got so excited,” says Bomar, “but I knew it had to be feasible.”

When the masterminds behind Port City Marina came to her Charleston In-Water show, wheels started turning, and plans were hatched. “There’s a lot of mutual respect for each other’s enterprises,” says Bomar, of her growing relationship with Port City Marina. “We’re both building things and making things happen.”

Throughout the 90’s, Bomar produced Amway shows, both nationally and internationally, what she deemed a “fun and crazy job!” After many years of entertainment facility management, on September 11, 2001, Bomar signed on with the Boat Show Association, turning that auspicious date into the start of her most passionate projects to date.

“I know a lot about producing a good boat show,” she says, with a smile. “We did the Savannah Boat Show about 15 years ago, just started knocking on doors; since then, we’ve worked our way to 4 annual shows across the Southeast, which bring more boaters, more dealers and more merchants every single year.”

Her first show was at the Charleston Convention Center, on dry land, but plans for in-water show inevitably floated her way. “They said they’d only try an in-water show if my company produced  the event,” shares Bomar. “That was really flattering, but whoa! It was a big thing to develop.” Now in its third year, the Charleston ‘In-Water’ Boat Show has a huge following, while the ‘On Land’ show—which extends from Convention Center through parking lot–remains one of the largest convention center shows  in the Southeast.

According to Bomar, Boat Shows are about more than boats–a successful Boat Show is a surround-sound event, truly a ‘friends and family’ affair.  “The boats themselves are enough for the guys,” she says, with a laugh, “but you really need to keep the whole family entertained.” This means live music, games for the kids, food, drink, and festival attractions.

With all engines in motion, the 2016 Wilimington Boat Show will make quite a splash. Wilmington International Airport , aka ILM, has signed on to be the presenting sponsor—“that’s huge,” says Bomar. “So many great people are rooting for this, because they see the potential.”

“Wilmington’s becoming such a destination already, so a lot of people who want to be a part of this show. The more we all work together, the more places will hear about this tremendous new event.”

“When I have grandkids, they can say, ‘My grandma started this Boat Show!’” 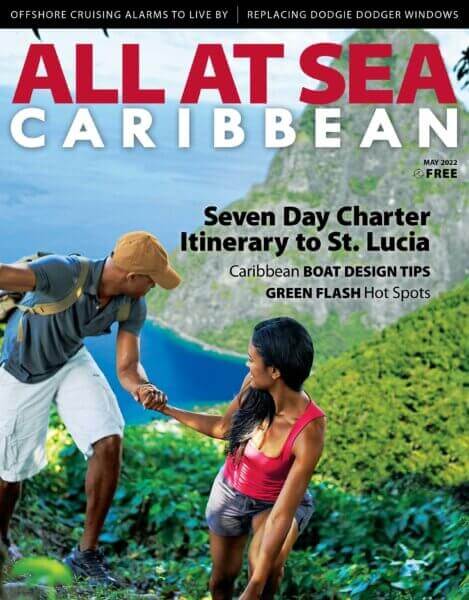