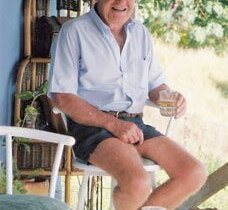 A Busy December for Antigua

Up to 15 yachts are expected to enter the inaugural event including the 35m Farr designed Sojana and 42m Frers design Rebecca, both of which participated at the Superyacht Cup in Palma last year. Patrick Whetter of the Superyacht Cup Organization says, “Nelson’s Dockyard is the perfect venue, and we look forward to seeing many of our regular supporters as well as welcoming new yachts from the US and Caribbean.” For information and entry forms: www.thesuperyachtcup.com

Meanwhile, Blue Water Rallies’ 9th annual transatlantic cruising rally plans to depart from Gibraltar in late October and arrive in Antigua the same week as the Superyacht Cup, with events scheduled for December 7 to 15.  Yachts will cruise first to Tenerife on November 5, then leave in mid-November for Antigua in time for Christmas.  The small, family-oriented Rally Antigua is a cruising-only event, with no competitive element .  www.yachtrallies.co.uk

Captains calling at St. Maarten will be glad to learn that the friendly first voice they hear on the VHF at Simpson Bay Marina, Clarena Connor, has been named Administrative Manager of the popular facility. Born and raised in St. Maarten’s main city, Philipsburg, Connor moves from the front office manager’s position to her new assignment succeeding Joanne Corrick-Lake who has entered private financial practice.

On Friday, June 23 Grenada welcomed four yachts from Martinique participating in the annual rally “ La Route des Tepuys 2006”, an event organized by the Club Trans Caraibes. Yachts began in Martinique and sailed to Grenada, before moving on to the Venezuelan islands. Mrs. Laura Fletcher of the Marine and Yachting Association of Grenada (MAYAG) and Mr. Danny Donelan of the Grenada Board of Tourism welcomed them and encourage more yachters from the French Islands of Martinique and Guadeloupe to visit Grenada.

Within the first month after the entry list opened, World Cruising Club organizers received 13 confirmed entries from six countries for their new circumnavigation rally and expect to easily reach the upper limit of 45 yachts for the event departing St. Lucia in January 2008. Full details of the route and itinerary are now confirmed and available to view on the World ARC website at http://worldcruising.com/worldarc/.

Registration is now open for the 16th Aruba Heineken Catamaran Regatta From November 10 to 19. Organizers expect about 50 boats this year from Holland, England, Germany, France, Belgium, Austria and Aruba to participate in ten short course and long course races off Palm Beach. Charter catamarans will be available. For information, contact Edwin Lodder at[email protected] or 0031 6 51134452 or check www.arubaregatta.com .

Rodney Bay Marina’s latest addition is “L’Essence!”, which offers massage and sign energy therapy and is owned by former public servant Bernard LaCorbiniere. “Rodney Bay Marina is a great location for visitors who come in on boats and yachts. Some of the visitors actually live in St. Lucia on the yachts for many months.” LaCorbiniere says people, including boaters, are keeping healthy through techniques like his rai and chigong sign energy therapies.

Footloose Sailing Charters announced the addition of St. Vincent as a new base for its yacht charter operations in the lower Caribbean in July.

Opening on October 1, the operation will be located at the Lagoon Hotel and Marina on the southern tip of St. Vincent and offer a gateway to the Grenadines. The full service base offers a restaurant, hotel and bar, outdoor pool, supermarket, laundry service and fuel, ice and water. Cus tomers will be able to choose from a wide range of monohulls and catamarans. For more information, call 1-888-952-6013 or visit www.footloosecharters.com.

The range of marine services and supplies offered in Chaguaramas will be on display on Saturday, October 14, 2006 at the Crews Inn Marina as the YSATT hosts its fourth Marine Trade Show. It will feature more than 20 exhibitors, a series of product demonstrations, giveaways, and trade show discounts. Jane Peake, President of YSATT, says, “the industry employs more than 1,500 workers, contributes TT$125 million to GDP with over TT$160 million in private sector investment. Our cus tomers come from all over the globe which means that we are non-energy, export-driven industry.” The Marine Trade Show will be open to the general public from 11:00 a.m. to 5:00 p.m. on Saturday 14 th October 2006. Information: [email protected].

The National Marine Fisheries Service (NMFS) of the United States has announced preferred alternatives which may affect Atlantic billfish tournament operators and anglers when rules become effective January 1, 2007. To reduce mortality rates, NMFS would require anglers to use only non-offset circle hooks when deploying natural bait or natural bait/artificial lures. The NMFS would codify the International Commission for the Conservation of Atlantic Tunas (ICCAT) landing limit of 250 recreationally caught blue and white Marlin combined annually, which would allow the service to adjust the minimum legal size limit or restrict the recreational Marlin fishery to catch and release only. Finally, the NMFS will modify tournament registration requirements, requiring tournament operators to specifically register with the Highly Migratory Species Management Division and be in receipt of a confirmation number.

The CMA presented a paper on the economic importance of yachting to Caribbean economies, as part of a panel discussing “Perspectives on Nautical Tourism” at the 26 th Cuban Annual International Tourism Fair, held in Havana May 10 to 14. Other panelists came from Brazil, Cuba, the Dominican Republic, Italy and Mexico. The CMA, established in February, was invited to participate by Cuba’s Hemingway International Yacht Club and was a guest of the Cuban Ministry of Tourism. Hoteliers, travel agencies, airline operators and other agencies from 30 countries participated. Keats Compton is President of the CMA and Sharon McIntosh is the General Manager. For further information contact: [email protected]