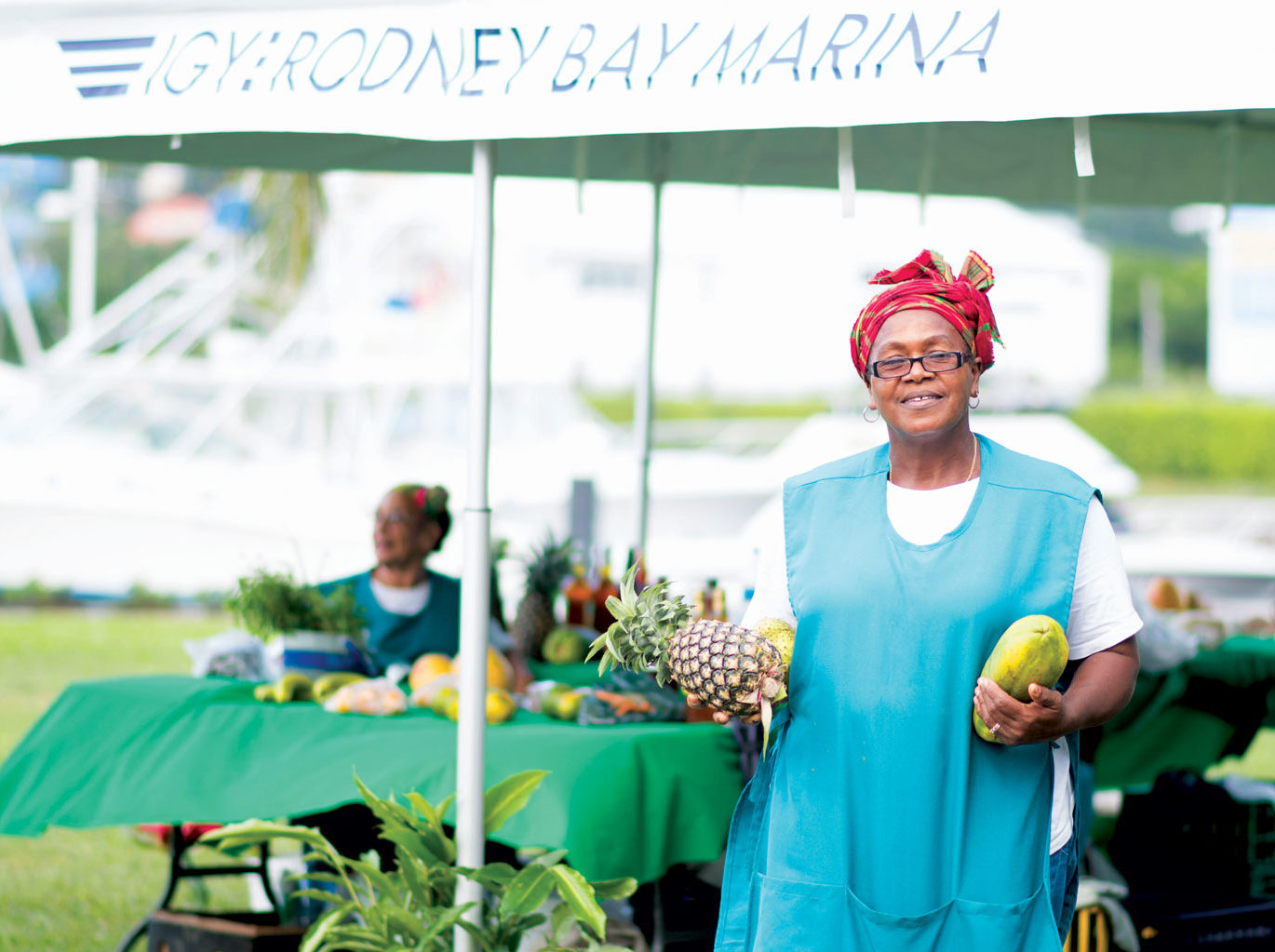 Tips & Tricks for Food Provisioning in the Caribbean

Port Louis Marina Chosen as Grenada Base
for The Moorings Charters

From October, 2010, Camper and Nicholsons' Port Louis Marina will be the base for The Moorings' luxury charter operation in Grenada.

Cheryl Powell, The Moorings Chief Operating Officer, said: "This new base is a shining example of our dedication to scouting out the world's best cruising grounds, shore-side surroundings and welcoming cultures for our guests' enjoyment. They are sure to enjoy the top-notch facilities and service standards for which Camper and Nicholsons are renowned. And Grenada's natural beauty, both afloat and ashore, make it the perfect yachting destination."

The Moorings will be offering bareboat charters and all-inclusive crewed vacations on a fleet of 11m to 15m (35ft to 51ft) custom-built catamarans and monohulls. Info: portlouisgrenada.com

"This is one of very few manufacturers who actively solicit feedback from dealers and their customers in the Caribbean," said Parts & Power sales manager Drew Bremner, "and the only one we know of who comes down here and puts on a show like this."

Other topics in the conference included new products being launched, Technicold Air Conditioning, EPA and EU emissions regulations and their impact on the industry, electronic service tooling and the Northern Lights Caribbean. www.CaribbeanNorthernLights.com

With dates confirmed as the 24th to 29th of April, 2011, one look at your calendar will tell you two things about next year's Antigua Sailing Week. First, racing will start on Sunday, as it did for 2010. The second thing is that the event will take place over Easter, so the decision to enter should be made quickly.

To prove they are serious about their game, the Regatta Organizing Committee held two meetings involving more than 15 racing sailors to discuss ratings, classifications and destination racing versus a single centre event. New Sailing Week Chairman Ian Fraser commented, "Feedback has been enormous and positive, and we are gratified by the goodwill that exists for Sailing Week and the desire by serious yachtsmen worldwide to come to Antigua to enjoy all that we have to offer. What is clear is that the racing has to be challenging and that we need to keep the fleets together, but that we must not forget that Antigua Sailing Week is also about having fun both on and off the water." Website: www.sailingweek.com

The Pub Serves Up the Fun
Tortola – The 'Anything that floats but a Boat Race' and 'The Sinking Dinghy Race' made up two of the main attractions at The Pub's annual fun day. Another fun event was the frozen T shirt competition.

The first event was highlighted by four courageous toddlers (ably accompanied by a dad) who challenged two ladies in an ingenious semi submersible.

The Sinking Dinghy Race was attempted by upwards of twelve crews to complete a fifty yard course in a boat riddled with holes.

The frozen T shirt competition was a chilly experience for most. Competitors had to defrost hardened lumps of cloth and ice in the fastest time possible. The winner had then to don the shirt to become this year's champion!

A great time was had by all with lunch and cool beverages supplied by the ever popular The Pub.

"Designed by Berret-Racoupeau and custom-built by Beneteau for The Moorings, the Moorings 50.5 is a superb sailing yacht derived from the functional, ergonomic design of Beneteau's Oceanis 50 Family line," said Lex Raas, CEO of The Moorings. "Outfitted with the latest advancements in marine technology, she's equipped for outstanding performance and cruising comfort with a full suite of Raymarine navigational electronics, electric winches, and flat screen TV/DVD player. Combined with her generous sail plan and modern amenities, we're confident the 50.5 establishes a new benchmark in the yacht charter industry."

The Moorings 50.5 will debut at the Annapolis Sailboat Show in October. (See Port Louis Marina news.)

Atlas Yacht Sales located in Marina Puerto Del Rey, dealers for Lagoon Catamarans and Hunter Sailboats, have been named Jeanneau dealers for their area. New models can be seen at their private dock facility. Partnered with SAILCARIBE Yacht Charters, the company offers a yacht management program where owners can place their new boats and earn revenue. www.yachtspuertorico.com and www.sailcaribe.com

Barbados Keeps Tradition Alive
with Round the Island Race
The Barbados Cruising Club, in association with Mount Gay Rum and the Barbados Tourism Authority are organizing a special sailing race in January 2011.

Racing around Barbados can be traced back to the days of the old trading schooners, and by announcing a new annual race, the tradition will live on. Sailed on January 21, a bank holiday, the race is in honor of Errol Barrow, the island's first Prime Minister and one of the founder members of the Barbados Cruising Club.

The aim is simple – the fastest time around Barbados. Website:
www.mountgayrumroundbarbadosrace.com

VISAR to Pound the Streets
in New York Marathon
It takes a lot to keep an organization like Virgin Islands Search and Rescue operating. To raise funds VISAR volunteer Willem Kerkvliet has committed to running the New York marathon in November, 2010. "This will be my first full marathon, however I have competed in half-marathons in Tortola and in Amsterdam, my original birthplace," said Willem, whose training involves distance running at least four times a week.

Kerkvliet isn't the only one willing to pound the streets in support of VISAR. Paul Hubbard and Eric Sywak are currently in training for the Detroit marathon in October.

In October, 2009, four VISAR members ran the Chicago marathon in an effort to raise funds for the organization. Paul Hubbard, Mark Sanders, Eric Sywak and Adele Perrot all finished the 26.2-mile course in respectable times.

At current levels of activity, VISAR needs about $100,000 per annum to meet the needs of the community. VISAR is funded almost entirely by charitable donations and relies very heavily on the financial support of the local community and visitors to the BVI.

To support VISAR members in the upcoming events, go to:
www.visar.org/funding . Click on 'make a donation'.