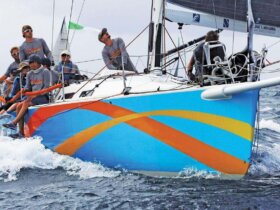 The world congratulated 14-year old Michael Perham following his solo Atlantic crossing (see story on Antigua pages in this issue.) Almost unreported the week before was the same crossing by a solo woman sailor, Esperanza Perez, who arrived in St. Lucia on Dec.23rd.   Aboard the ARCHIBALD, a non-production 12-metre Caroff Exploration 40 steel hulled yacht, she left Las Palmas on November 30 and arrived at Rodney Bay Marina, St. Lucia on December 23 as planned.  Perez, who hails from Cartegena, handily solved a number of tech problems that arose from the start and enjoyed her crossing—as well as St. Lucia.
Information courtesy of Keats Compton, Marine Industries Association of St. Lucia

This could ruin your whole day (Part I)

A 78 foot, 34 ton motor yacht valued at US $3 million was destroyed in January at Port Hueneme, Oxnard, California when the crane unloading it from a cargo ship fell over.  The yacht was about 100 feet off the ground when the crane unloading it became unbalanced after a gust of wind hit the boat.  Pete Wallace, the port’s deputy executive director for maritime services reported in local newspapers that it was on its way from Europe to a private yacht company in Newport Beach. “It was — was — a beautiful boat,” he said.

This could ruin your whole day (Part II)

BoatU.S. (the Boat Owners Association of The United States, an organization with 670,000 members) has studied its insurance claims files to identify reasons why powerboats sink.  An Outboard powerboat at the dock tends to sink due to poor cockpit designs that trap water, but an Inboard/Outboard’s weakest link is the delicate connection between the inboard engine and the outdrive unit called the bellows.  The organization says the pleated, flexible rubber membranes should be inspected several times a year in hot, sunny climates and replaced at least every five years.  The study added that, while underway, the top reason Inboard/Outboards sink is striking a submerged object such as a rock or log.  Which leads us to:

This could ruin your whole day (Part III)

Salvage operations have been underway this winter off the southern coast of England after more than 100 shipping containers fell into the sea in January from the listing MSC Napoli, a grounded cargo ship.  The disabled vessel was being towed when it suffered structural failure and had to be beached off Sidmouth in east Devon.  Many containers were located ashore soon after the incident but dozens could still be floating below the sea’s surface this spring.

New billfish tournament in July at the Bitter End, BVI

A.H. Riise, a USVI retailer, and the Government of the British Virgin Islands have announced the creation of the new A.H. Riise BVI Billfish Tournament, to be hosted by the Bitter End Yacht Club on Virgin Gorda from July 31-August 4, 2007. An all-release event for blue marlin, the event will be a qualifier for the IGFA Offshore Championships in 2008.  The new tournament will be coordinated by Al Behrendt Enterprises, which has managed the Bahamas Billfish Championship (BBC) for 25 years, and will include three days of fishing and a lay day. For information:  Al Behrendt Enterprises, (954) 920-7877 or [email protected].

Curaçao will host the North American Optimist Championships (Optinam) for youth sailors up to the age of 15 in July 2008. The battle for the championship cup will attract more than 200 sailors from approximately 25 different countries to the waters of the Jan Thiel bay.
Curaçao was chosen over Canada following a successful presentation by Youth Sailing Netherlands Antilles (YSNA) during the recent annual general meeting of the members of the International Optimist Dingy Association (IODA) in Uruguay. ENNIA and Banco di Caribe are the main sponsors of Optinam 2008. For information: Marjolein Grol,
[email protected], tel. 7383888 or 5618412.

Yachtspeople of the year:  Jud Smith and Paige Railey

In January, Jud Smith (Marblehead, Mass.) and Paige Railey (Clearwater, Fla.) were named, respectively, US SAILING’s 2006 Rolex Yachtsman and Yachtswoman of the Year.  Established in 1961, the awards recognize outstanding on-the-water achievement in the calendar year just concluded. The winners will be honored during a luncheon on March 2, 2007, at the New York Yacht Club in Manhattan.  Smith, who just turned 50, was recognized for his past achievements including victory at the Audi Etchells World Championship in Australia. Railey, who will turn 20 in May, was honored for success in the Laser Radial class. She is the youngest woman ever to receive the Rolex Yachtswoman of the Year award and was named last November as the ISAF Rolex World Sailor of the Year 2006.  The United States Sailing Association (US SAILING) is America’s national governing body for sailing and sailboat racing. www.ussailing.org.

Heineken St. Maarten, The Natural Reserve of Saint Martin and the Nature Foundation of St. Maarten have announced a collaboration kicking off during the 2007 St. Maarten Heineken Regatta scheduled for March 1 – 4, 2007. In partnership with the Sint Maarten Yacht club, the two marine parks will sell white “Heineken, Serious ‘Clean’ Fun bracelets to the various shopkeepers around the island.  Funds collected from bracelet sales, at $2 each, will be used to support the French and Dutch marine parks.

Reggae/Dancehall artist Ziggi, from Statia, will headline the regatta’s musical performances on the boardwalk in Philipsburg the 2nd of March.  The European-based but St. Maarten-rooted band “Orange Grove” will perform on the main stage on Kim Sha Beach on the night of the final Party, Sunday March 4, opening for the Headline act, Damian Marley & Stephen Marley.  Information:  St. Maarten Heineken Regatta: www.heinekenregatta.com. Phone: +599 544 2079, email: [email protected]

The Cruising Rally Association, which helped more than 70 boats get to the Caribbean in November, will run two events to and from Bermuda—first, an 850-mile yacht rally, the Atlantic Cup, that runs from Tortola, BVI to Bermuda on May 3rd, 2007. A total of 25 to 30 yachts are expected to participate, averaging 50’ in length.  The second event is called the Bermuda Cup and departs from Hampton, VA on June 20th. This 640-mile rally will draw 20 to 30 sailboats and trawlers for the annual trek to Bermuda, according to organizer Steve Black.  Start making plans to return:  the 2007 Caribbean 1500 is scheduled to start on November 4th.  www.carib1500.com. 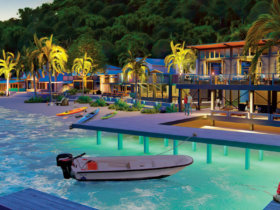 It’s back! The Bitter End Yacht Club (BEYC) is set to re-open in mid-December, after a four-plus-year closure due to devastating hurricane damage 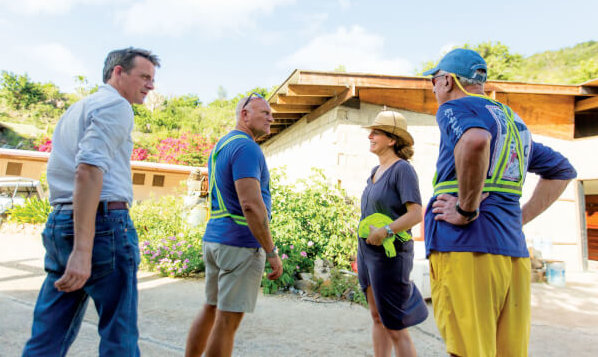 Bitter End Yacht Club – Get Provisions Across the Pond

We are beyond excited to see the flurry of activity taking place. Foundations are being poured and buildings are going up as we speak. 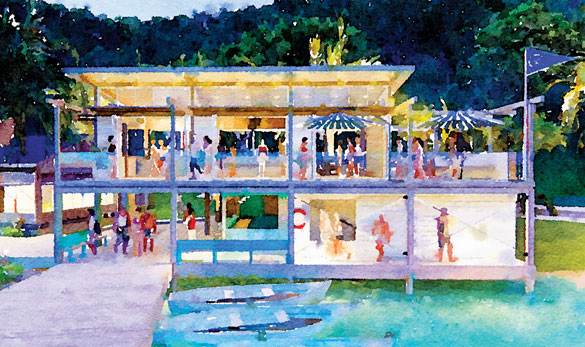 The Bitter End Yacht Club (BEYC) will re-open its marina village this season in its iconic location of North Sound, Virgin Gorda, in the BVI