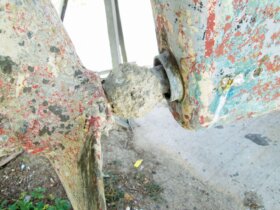 It’s a migration that occurs every year; hundreds of boaters making their way south for a few months to ride out the tropical storms and ease their boating insurance. Grenada, Trinidad and Tobago, and Barbados are some of the islands usually well outside of the danger zone. But this year as hundreds of boaters in Grenada kept an eye on the weather, they did the only thing they could when Hurricane Ivan came directly over them; they anchored in, found hotel rooms, and hoped for the best.

“We learned that the docks went first one way then another and broke up,” sailor Rankin Tippens wrote on his website. Tippens was anchored in Grenada. “Some boats were completely destroyed and others had just cosmetic damage. The boat next to us with the anchor had cosmetic damage although it lost most her stanchions. The boat on the other side of us completely sank in place.”
Tippens’s boat suffered some damage as well, but “all in all, we could of had it worse,” he wrote. “Luckily we carry insurance albeit a large deductible applies during a named storm.”

Ironically, according to many insurance policies, Tippens and his fellow boaters were exactly where they needed to be. William Hodgens of W.R. Hodgens Insurance Corporation in Fort Lauderdale, Fla., says many insurance companies require boaters to head south for hurricane season. “You can cover your boat and go down below 12 degrees to save some money on your boating insurance. It’s a safe haven because it was below the hurricane line, but that may change now,” Hodgens said.

The safety zone has been tried and tested for years. But weather is unpredictable, and this year, Hurricane Ivan hit below the belt, damaging hundreds of boats.

“We had a bunch of boats go down in Grenada,” Hodgens said. “I’ve got claims still coming in from the Caribbean. To be honest, I see premiums going up in the next year because the money has to come from somewhere.”

Kathy Mullen, owner of Regency Yacht Vacations in St. Thomas said two boats she represents were damaged in Grenada during Ivan. They will be repaired and ready for the season, but she says for many boaters, the impact from the storm will be more emotional.

“I don’t think (Regency Yacht Vacations) will be without boats for the season. But individually, people lost their boats. It’s very sad when your dream goes away,” Mullen said. “I think a lot of the boats feel very under the gun, they don’t know where to go. Last year was not a good year for the Grenadines and farther south. This year was worse. When you’ve got hundreds of boats and a
limited number of anchorages, things happen.”

Pamela Wilson of the Virgin Islands Charteryacht League had to rearrange a few early season charters to allow time for boats to be repaired, but overall, business will go on as usual. “Out of our fleet, we only have one boat out of service this season,” Wilson said. “All in all the only fallout is my personal favorite dive boat will be out of the fleet.”

Next year, boaters may decide that heading south isn’t the answer anymore. As for Tippins, a passage on his website gives a clue about what his future holds. “Sandy says that we experienced hurricane Isabel last year and Ivan this year and she wants no more of that. I guess that means we will be sailing the Pacific where they only have typhoons.” 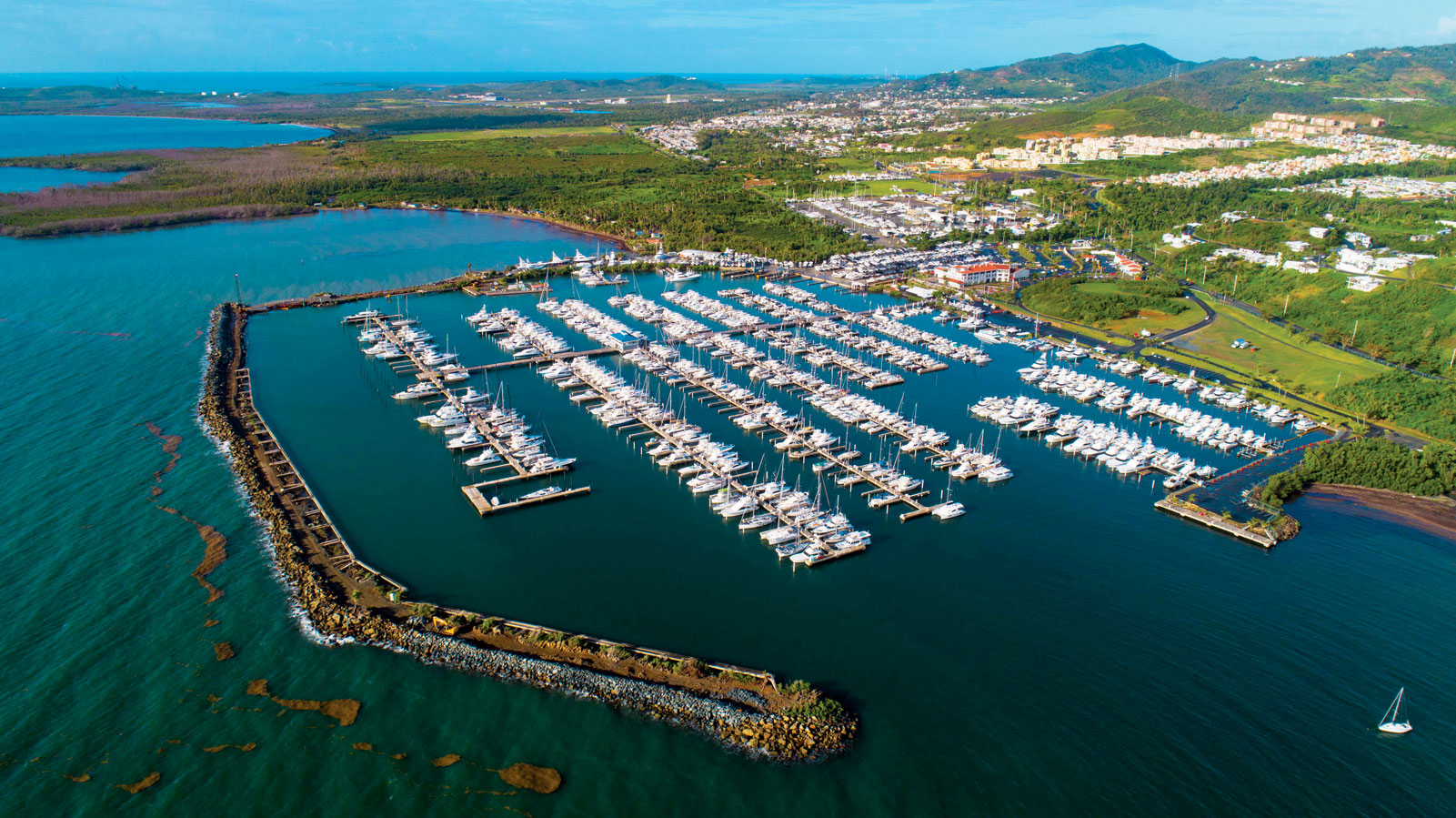