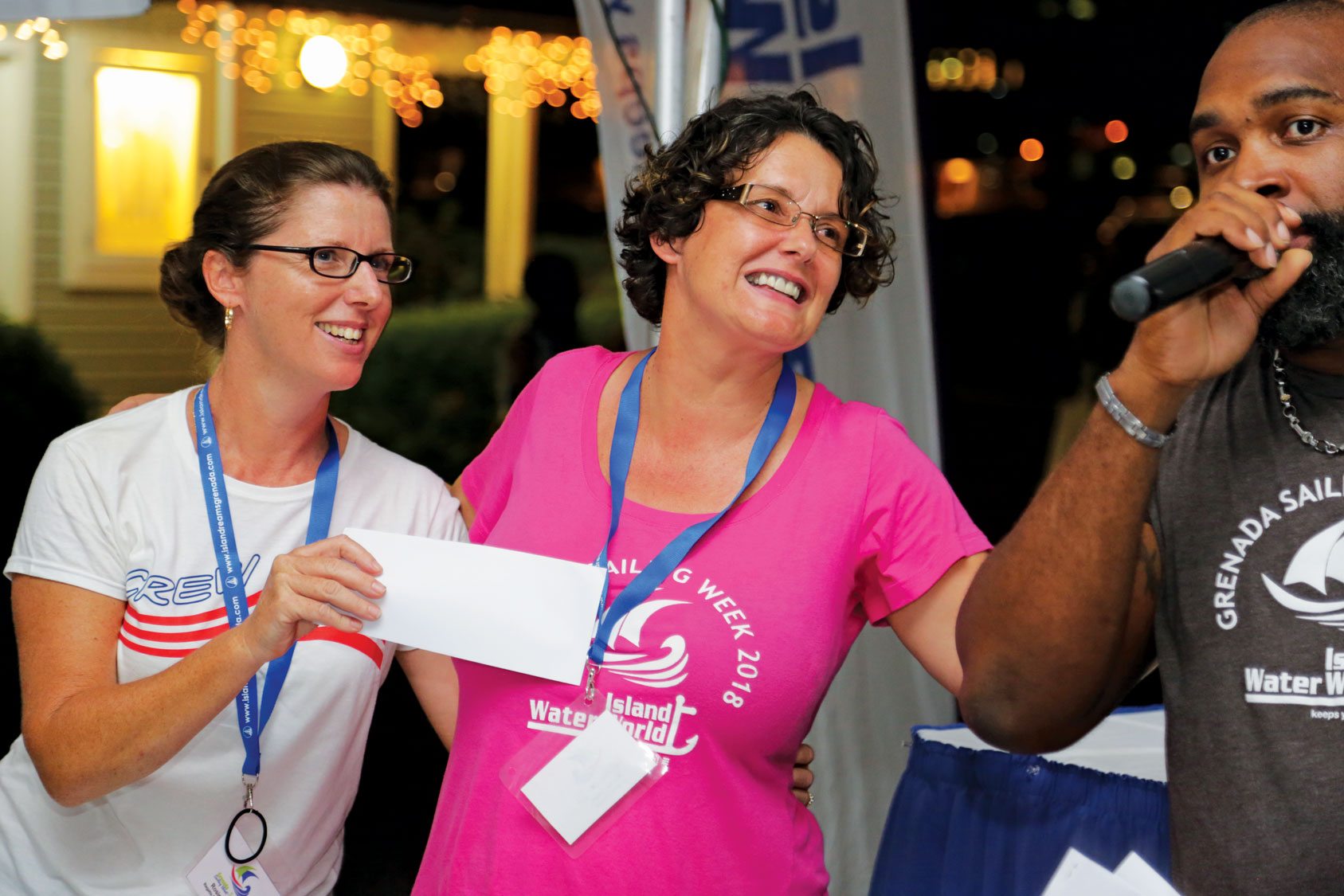 A Day in the Life of a Regatta Volunteer

At 27 years old, Shannon Falcone has competed in no less than three America’s Cups—twice with Italian syndicates Mascalzone Latino and Luna Rossa, and in the last with BMW Oracle. While Falcone has excelled in the short course racing of the America’s Cup, his sailing routes are offshore in the world’s oceans and he is currently part of the sailing crew on PUMA Ocean Racing in the Volvo Ocean Race.

Falcone grew up on Antigua and has sailed all his life (as has his Italian-born father, Carlo Falcone, whose classic 80ft Fife, Mariella, is moored in English Harbour). The first thing you notice about him is that he is a big guy, 6’5’’ weighing in at 240 pounds. However, Falcone is something of a gentle giant and his attitude to sailing is extremely professional. You are more likely to see him lifting weights in the gym than putting down beers in the bar.

The Volvo Ocean Race is widely-recognised as the toughest fully crewed yacht race of all: 37,000 miles in the world’s fastest monohulls capable of speeds of 40 knots (without an engine!) The 70 foot carbon fibre flyers are brutal to sail, racing up to 40 days at a time. Food is only fuel and sleep is a luxury. Crew expect to lose up to 15% of their body mass on some legs. I caught up with Shannon Falcone during the Volvo Ocean Race stopover in Singapore:

Besides sailing, what sports did you do as a kid, and were you any good at them?

I went to school in England, so all the typical English school sports—
rugby, hockey, athletics. My best sports were rugby and javelin. I always enjoyed the team sports.

Who were your sporting heroes when you were growing up?

The rally driver, Colin McRae, the ‘Windies’ Cricket team at the end of the 80s and early 90s, and Jacques Mayol who was the first free diver to descend to 100 meters.

What was the first memorable competition that you won?

The Guadeloupe Race 1985 on Caccia alla Volpe. I don’t really remember the race, as I was only three, but remember the huge trophy!

What type of physical training do you do away from the water?

It depends on whether am still training or on a break. If I’m still at work, I’ll have a gym session in the morning which could mean weights, cardio or simple core stability and stretching. Free weights are a large part of the program in order to promote stability in your personal range of motion.

If away I’m away from sailing, I will stay active by cycling, running, kiting; it pretty much depends on where I am. The priority is to keep up an active lifestyle in order to maintain some conditioning for when I get back into the gym. The other obvious point is to balance food intake to suit the intensity of the workload during the period away from the water; this generally means cutting back.

However with Puma during the Volvo Ocean Race, the opposite has been the case during stopovers, as I have had to work on eating enough to help recovery and keep my weight up in preparation for the next leg.

What are you good at?  Bad at?

Good at keeping things cool, always having a positive attitude and an optimistic outlook in life. Bad at keeping in touch with family and friends as much as I should, especially during events like the Volvo Ocean Race

If you weren’t a sailor, what would you be?

Pro-sportsman in another sport. I mean that would be great, however if that wasn’t the case it would basically need to have two pre-requisites: involve being outdoors and be challenging.

Who do you admire from the non-sailing world?

Richard Branson—he took risks to get to where he’s at. Plus he enjoys doing crazy things and always has an interesting venture in the pipeline. (Who knows, maybe he’ll give me First Class flights from Antigua for this!) Also, Steve Jobs, co-founder of Apple and creator of the iPod because he has an amazing ability to manage a company that keeps designing products that somehow always end up in my possession. Even when you know you don’t really need them.

What is your ideal pleasure sailing scenario?

Instead of staying with the known, somewhere I’ve been, I’ll venture out into the hypothetical. It would have to be Los Roques (an archipelago off Venezuela). A nice big catamaran with a BBQ off the back, industrial ice-maker and lots of space on the nets for kiting gear. Friends from all over, 28 degrees and 17-20 knots breeze…

Louay Habib is a freelance yachting journalist who writes for a variety of clients including the Volvo Ocean Race and the Royal Ocean Racing Club. For the past twenty years, he has competed at yachting regattas and offshore events all over the world, and represented England in the 2004 Rolex Commodore’s Cup.