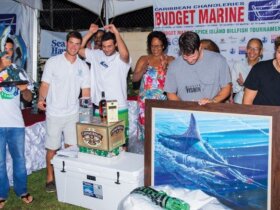 Over 40 boats and 150 anglers from St. Lucia, Antigua, Trinidad, Barbados, Martinique, Grenada and St. Vincent, as well as from the U.S. mainland and Europe are expected to take part in the event.

The tournament kicks off September 25 with registration at 2 p.m., followed by a 7:30 p.m. Captain’s Briefing. The entry fee is $US170 per angler, with a minimum of three anglers per team. Fishing follows the next day with a 7 a.m. Bimini start, and continues September 27 and 29. An awards ceremony will take place at the Discovery Hotel.

The overall winner will receive entry into the 2008 Rolex/IGFA Offshore Championship and host of prizes. In addition, there’s a special prize of a Sports Utility Vehicle for anyone who breaks the tournament record for blue marlin, held by Jean-Francois Fredonic of Maritinique who caught a 707 pound fish in 1996.

Cash prizes will be awarded for tag and release catches of white marlin, sailfish, long bill spearfish, swordfish, mahi-mahi, tuna and wahoo, with special awards for the best female and junior anglers. 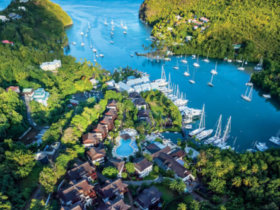 LLJ Ventures, closed on the purchase of the Marigot Bay Resort and Marina. The luxury resort and large yacht marina, which can accommodate vessels up to 280 LOA, is located on St. Lucia